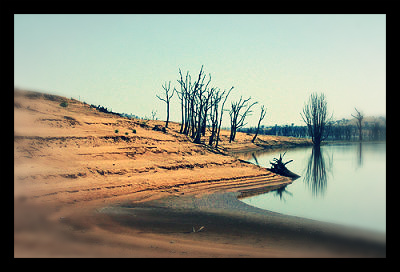 Australian actor and filmmaker Hugh Jackman is producing a documentary about converting livestock manure into clean methane to be used for cooking and lighting in Ethiopia.

84% of Ethiopians burn wood for lighting and cooking, which has resulted in massive deforestation across vast swaths of the country. But because coffee requires shade, coffee-growing regions of Ethiopia are lushly forested. And because trees are needed to provide shade for a valuable crop, local farmers have developed a special kind of technology to convert livestock manure into a cleaner source of energy.

During a 2009 visit to the coffee-producing Kochere district of Ethiopia, Jackman was inspired by the work of a 27-year-old coffee farmer named Dukale, whose innovative technology holds the potential to make tangible improvements to the environment, local economy, and lives of Ethiopians.

Besides providing a cleaner source of energy and offering a solution to the respiratory problems of children who have grown up in smoke-filled huts, Dukale is able to devote more land to coffee farming by not using wood for fuel. This enables him to grow more coffee, use the proceeds to buy more land, hire more workers, and he can afford to send his kids to school instead of to labor in the fields.

Impressed by Dukale’s efforts, Jackman has sought to find distribution for their coffee, forming Laughing Man Worldwide (LMW), which operates coffeehouses in Lower Manhattan and devotes all proceeds to education, community, and new business development.

Laughing Man Coffee Shops have opened to rave reviews at various locations in Lower Manhattan and feature an array of products made with crops from Ethiopia, Peru, Guatemala, and Papua New Guinea, among others.

Since his initial visit to Ethiopia in 2009, Jackman and a small group of filmmakers have been documenting their work. A final film is planned for distribution later in 2013.