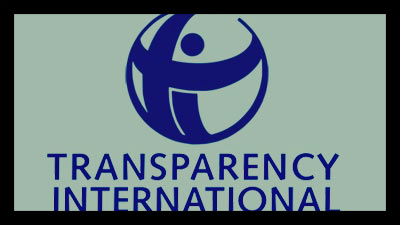 Last December, the non-governmental organization Transparency International released its Corruption Perceptions Index (CPI) that documents levels of perceived public sector corruption in many countries. This document was published at the same time as the UN climate conference in Qatar. These two events are related because many of the countries with the highest ratings of corruption in the CPI are the countries that need the most urgent funding for climate change-resilient infrastructure. The United Nations cannot afford to let climate change finances be diverted by corruption. The two most important things to keep in mind when investing in climate finance are that anti-corruption is cheaper than corruption and that the time to act is now.

Taking climate funding away from corrupt countries and giving it to nations that are perceived to be less corrupt is not an option. The countries that were originally allocated funds during the UN conference need and deserve them. We must then focus on how to best reduce the corruption of climate financing in these poverty-stricken countries. This takes more money in the short-term but will pay off in the long run. Installing accountable policies, systems and personnel is an important step to making sure that the money is not squandered. The monetary gain of investing more money, in the beginning, is evident in a recent study of North Africa by the International Institute of Applied Systems Analysis. In the current corrupt environment, a particular solar power project was projected to cost $2 trillion dollars. However, when they adjusted for a 5% reduction of corruption in the region, the price tag for the project dropped to $750 billion. This huge monetary difference, in the long run, would more than cover the necessary funds to set up a less corrupt system now.

There is no time to lose when installing anti-corruption systems. Climate finance initiatives are a new phenomenon. This makes it easier to tackle problems with corruption than it will ever be. If we can make sure that the system is as secure as possible in its infancy, then there will be no need to do the tedious business of trying to untangle and rebuild a system that never worked efficiently. The keys to fighting corruption are transparent payrolls, budgets and decision-makers, explanations of why decisions are made, input from citizens and monitoring by independent sources. These are technical necessities for an anti-corrupt system, but more importantly, there must be a political will to make them a reality. Climate finance could change the face of our future for the positive, but it is up to people and governments to invest in it.