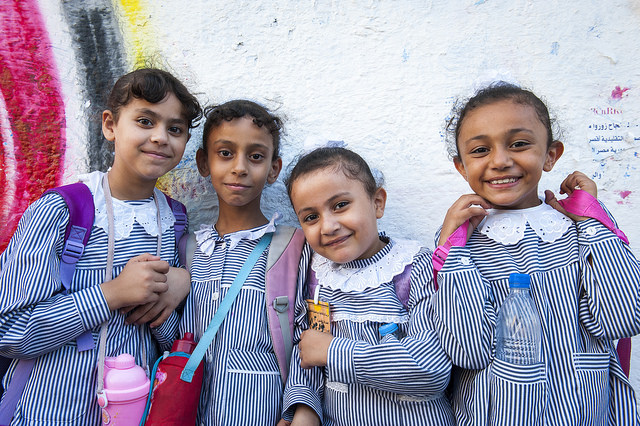 An online search for “Gaza and the West Bank” will return stories of conflict, poverty and despair. For years, the media, because of continued Israeli-Palestinian conflict in the strip, have amplified a one-sided, highly critical rhetoric of Gaza. This rhetoric is true — it is hard to find positives in the war-stricken region.

But there is another part left out of the story — hope. Gaza may be politically complicated and messy, but its people and their will to improve life are not.

The narratives found in Gaza and the strip’s economic progress show how the media misrepresents West Bank and Gaza. For example, let’s look at The Guardian’s interview with school children in the region.

While acknowledging the political tension in the area, they continue to remain cheerful and hopeful for a better future. One child says, “I would like to be a doctor so that I can treat kids from my country.” Another wants to address infrastructure, while a third wants to improve education. These children’s dreams are representative of hope for a better and more improved home not shown in media outlets.

This hopefulness may be indicative of future change. Currently, the age structure of the Gaza strip’s population has roughly 94 percent of the population under 54 years of age. As this younger generation ages, their dreams and aspirations will be shaped by the adverse conditions they live in. A willingness to change the status quo and improve life demonstrates hope, which may go a long way in restoring stability to the region.

Hope is not limited to just children. During Eid, the Muslim holiday, fireworks and joyful celebrations continue to take place. In the midst of the cities’ rubble stands the resilient spirit of Gaza’s residents. The people continue to go on with life, waiting out internal conflicts between Hamas and Fatah and external political conflicts with Israel.

Aside from U.N.-based aid, Gaza has also emphasized improving its economic conditions, showing yet another way how the media misrepresents West Bank and Gaza. Recent conflict has eroded much of decade-long progress, however, and since 2000, the strip had shown signs of promise with GDP growth rates surging towards 26 percent near 2004.

Fast growing sectors such as information and communications technology had seen increases of 20 to 30 percent. The economic outlook of Gaza seemed positive to say the least. Years later, the economy has been hit hard by conflict, but the strip remains vigilant in its effort to rebuild and modernize.

Efforts to Revive the Strip

Investors, despite adverse economic climates from war, have increased consumer projects in the past decade with goals of reviving the strip. It is easy to see how the media misrepresents West Bank and Gaza with its constant display of war-torn buildings and destroyed streets. Malls, coffee shops, and up-scale restaurants all exist in the conflict-stricken area.

As Peter Hitchens, a journalist in Gaza wrote in 2010, “Can anyone think of a siege in history, from Syracuse to Leningrad, where the shops of the besieged city have been full of Snickers bars and Chinese motorbikes, and where European Union and other foreign aid projects streams of cash (often yours) into the pockets of thousands?”

Today, the world has changed from Hitchens’ experience in 2010, but the Snickers bars and Chinese motorbikes exist. The media have ensured we are well aware of recent developments between Israel and Palestinian militant groups. But in order to move forward, belief that good can come about from a harrowing scenario is necessary.

What You Need to Know About South Sudan Child SoldiersPath to Improvement: Top 10 Facts About Poverty in Belize
Scroll to top