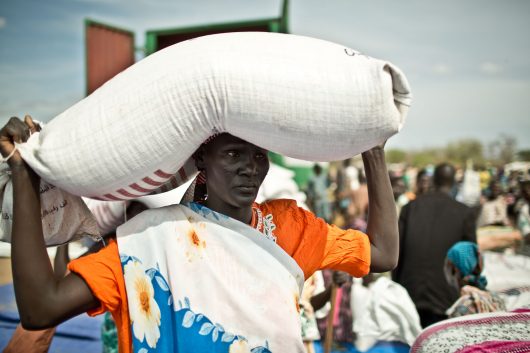 On October 21, 2017, U.S. Ambassador to the United Nations Nikki Haley declared her intent to scrutinize how South Sudan and the Democratic Republic of the Congo (DRC) use U.S. aid. “The U.N. spends over $2 billion per year on the peacekeeping missions in these two countries alone…. we will not do that if our assistance is continuously blocked from reaching people in need,” said Haley.

The idea that developing countries waste generous donations from developed countries informs a great deal of discussion around the continent. Not only has the myth of corruption been inflated in the past decade, but the myth doesn’t explain the struggles of the two nations singled out by Haley. Here’s how the DRC and South Sudan utilize foreign assistance to develop a better future for themselves and for America.

In the 2017 fiscal year, the U.S. provided over $1 billion of humanitarian aid to South Sudan. Of that money, $746 million went to emergency assistance and $246 million went to life-saving care for refugees. These funds were provided for disease screenings, malnutrition treatment and staple food donations.

How can anyone be sure that the money went to those provisions? Development Initiatives may be an applicable answer. According to the website’s data, South Sudan brought in $3.3 billion in 2015. Of that money, $457.7 million was dedicated to operating expenses and $573.3 million went to oil service payments. Oil transfers to states, block grants to states and emergency funds made up 33 percent of expenditures according to Development Initiatives, roughly $1 billion.

Though operating expenses for oil companies may seem like a waste of how South Sudan and Congo Use U.S. Aid, allowing an economy to develop ensures that a nation will not always depend on foreign aid. For an example of how a financed economy can keep a war-torn nation afloat, look no further than…

The Democratic Republic of the Congo

But why should the U.S. continue investing in an underdeveloped region mitigated with political strife? According to Alyoscia D’Onofrio of the International Rescue Committee, the world may not be giving enough aid as is. D’Onofrio acknowledges the massive poverty, malnutrition crises and presidential abuses plaguing the DRC. But donor aid provides an incentive for the DRC to respect its people’s wishes and bring an end to the violence. The U.N. has decreased the amount of aid sent to the DRC over the past five years. Giving less money has not helped people in poverty. To allow for long-term political change, argues D’Onofrio, the country needs to escape from its vulnerable state. The DRC can only do so by providing basic needs for its citizens.

Ambassador Haley suggests a re-assessment of how South Sudan and the DRC use U.S. Aid, and D’Onofrio agrees with her on that point. He believes that aid requires evidence-supported approaches, and he questions the effectiveness of NGOs. Despite these misgivings, D’Onofrio still supports foreign aid, and would not deprive funds, as suggested by Haley. “We view these efforts as foundational for bringing real and lasting improvements in… the Democratic Republic of the Congo,” said D’Onofrio in a Time Magazine article. “Now is not the time to step back from the challenge.”

Poverty in Liechtenstein: Prosperity for Now 10 Facts about Poverty in Puerto Rico
Scroll to top