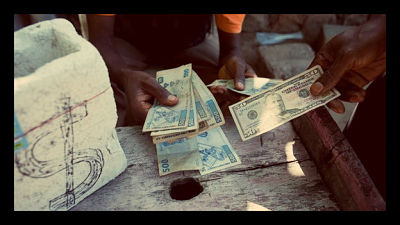 Around the world, the diasporas of various nations continue to generously give back to their home country through large remittances. In fact, global diasporas gave the largest sum yet in 2012, an estimated $534 billion.

To put this $534 billion into perspective, the United Nations stated that if the developed nations of the world combined their foreign assistance budgets, giving $195 billion a year for one decade, then extreme poverty could be eliminated.

Yet, these developed countries are getting outmatched by family members providing funds for their family back home.

Not only do the diasporas out-fund Western aid, but according to Adams Bodomo, a Ghanaian academic, the funding is more efficient as well. On the African continent alone, remittances were $51.8 billion in 2010, compared to $43 billion in Western aid.

In the United Kingdom, over 50 African diaspora organizations have come under the umbrella of Africa-UK. These organizations are promoting new goals for the MDGs after 2015. These goals include fostering wealth, driving structural reform and creating employment opportunities, opposed to the current MDGs.

Good examples of two sustainable and profitable diasporas are India and China. In 2012 India brought in an estimated 70 billion, while China gained $66 billion. China’s development was impacted in part by foreign investment and diaspora remittances. These money procurement tools were used to build up capital which would be used to improve competitive industrial and agricultural sectors. These outside sources were used properly to contribute to large scale national development.

So, how can diaspora remittances be harnessed and used more effectively? Reducing the cost of money transference is a good start.

In 2012, the global average cost of sending remittances was about 9%, but sub-Saharan Africa remains the most costly region with transfer costs around 12.4% of the remittances transferred.

With over $12 taken from every $100 sent, this high cost impacts the remittances given in a variety of ways. It both takes away from money that could have been given, but also reduces the total amount of money sent by family members.

In recent years, remittance costs have been reduced by the use of cellphones to transfer money. Yet many regulatory and operational issues reduce the true potential of this venue. Still, 104 of the 130 mobile banking operators provide international mobile money transfers.

Another solution exists within the Dodd-Frank Wall Street Reform and Consumer Protection Act. In this act exists a Remittance Transfer amendment. The U.S. anticipates to decrease remittance costs over the long term. This new regulation of remittance costs will not only reduce costs, but will also protect remittance senders with disclosures, error resolution and cancellation rights.

With solutions to remittance issues in the works, the record setting $534 billion, given in 2012, should continue to increase in size and effectiveness for years to come.

Poverty in GuyanaTreating All Mothers like Queens
Scroll to top