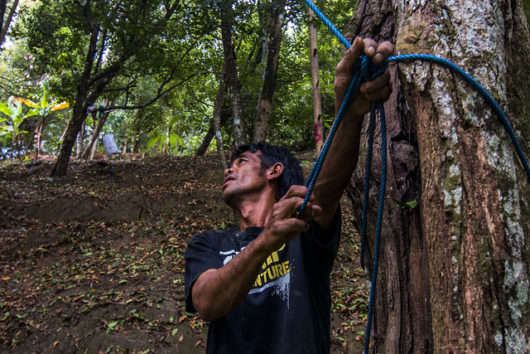 On September 28, 2018, the poverty-riddled country of Indonesia experienced a deadly natural disaster. A 7.5 earthquake followed by a tsunami that produced waves of up to 6 meters tall hit the city of Palu killing hundreds. As search efforts to find survivors continued, many news outlets have called into question the effectiveness of Indonesia’s early disaster warning system.

The Tsunami in Indonesia

BBC News reported that a system of 21 buoys used to trigger the warning system based off of the data that they receive was inactive during the time of the tsunami. Gifted to Indonesia by a few generous countries after the last natural disaster, the buoys had either been vandalized or stolen. With a strict budget in place, Indonesia hasn’t been able to afford the cost of replacing the buoys or maintaining the remaining system they currently have in place. As a result of the unreliable warnings in regards to the size of the waves, many have perished.

When a natural disaster hits a country that already has problems with its infrastructure due to poverty, like Indonesia, it often causes far more deaths and inflicts a lot more damage. BBC News compared similar natural disasters in three countries and found that impoverished areas are more susceptible to the effects of natural disasters.

The Hurricanes in Puerto Rico

In 2017 Puerto Rico suffered back to back hurricanes that left the country with even fewer resources than it had before. With 40 percent of its population living below the poverty line, the ailing country was already crippled by debt, experiencing a lack of electricity and facing school shutdowns. Given the state of Puerto Rico’s poverty crisis prior to the disaster, the country was ill-prepared for the effect the hurricane would have on its crumbling infrastructure.

Puerto Rico’s disaster relief efforts have been both challenging and expensive given its previous state of affairs. The U.S. has offered $2 billion to fix Puerto Rico’s electric grid, but in order to fix the damage done before and after the hurricane, it would take $17 billion. Further financial resources would have to be given to restore Puerto Rico’s infrastructure and help it to withstand natural disaster threats in the future.

The Earthquake in Haiti

Before the 7.0 magnitude earthquake disrupted Haiti back in 2010, 72.1 percent of the Haitian population was living on $2 a day in cities with poorly constructed cramped housing. Dwindling funds in Haiti were met with cost-cutting measures that led to faulty building codes. The soil-based land on which Port au Prince was built was at the epicenter of the earthquake, which also contributed to the city’s imminent collapse. With a stronger magnitude earthquake than Haiti, China lost 87.5 thousand people while Haiti lost 230 thousand citizens.

The earthquake in Haiti made quick work of the poverty-stricken area of Port au Prince. Haiti received $13.5 billion in aid relief after the earthquake, but with the money, came the unforeseen side effect of disease. After stationing soldiers on the ground to provide relief after the earthquake, toxic waste was spilled into a Haitian river causing a severe outbreak of Cholera which has killed an additional 9,000 people over the last four years. Additional relief funds will need to be provided to treat the epidemic.

When natural disasters strike areas that have been weakened by poverty, it leads to more damage, more lives lost and far more money needed to fix the situation. In many of these instances, measures could have been taken to prevent mass casualties, especially in areas where natural disasters pose a significant threat. Investing in long-term infrastructure solutions and natural disaster prevention instead of just throwing funds at a problem for an immediate fix in poverty prone areas will save more lives.