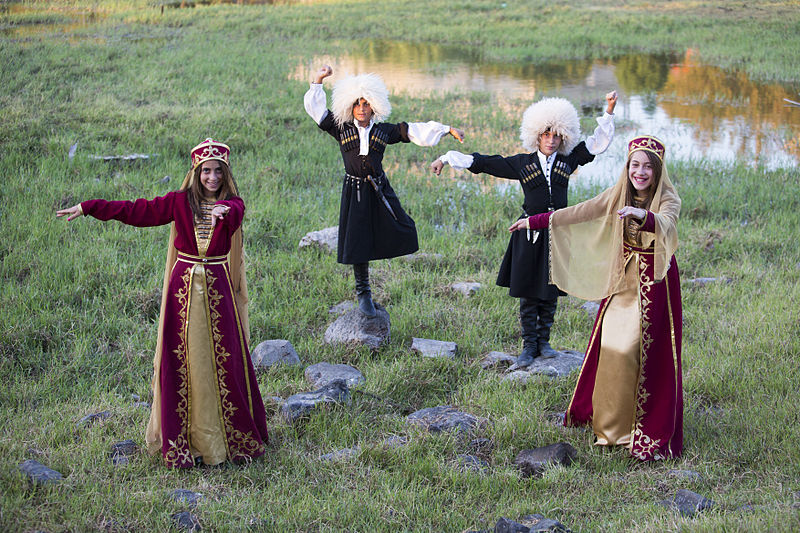 Women in the region of the North Caucasus face abuse and violence from members of their own families due to rumors of immorality in a cultural practice known as honor killings. In April 2015, Sultan Daurbekov of Chechnya was on trial in the District Court of Grozny Staropromyslov for the alleged honor killing of his daughter, Zarema. The court learned about Zarema’s life with multiple witnesses telling of her divorce, alcohol consumption and how she wore her hair uncovered. On a night in 2013, Daurbekov sat in the back of his daughter’s car, strangling her with a rope around her neck while she struggled in the driver’s seat. Daurbekov’s lawyer, Timishev, stated “A father who killed his child after enduring 20 years of humiliation from her, the amoral behaviour of a Muslim daughter, cannot, in principle, face responsibility for murder.” Daurbekov received a seven-year sentence in prison, but while his crime is common, punishment for honor killings of women in the North Caucasus is a rare instance.

Honor Killings of women in the North Caucasus are spreading at an alarming rate. As of May 2020, the UN Human Rights Committee reports that relatives and intimate partners conducted a total of 1,447 femicide crimes in 2020. In 2018, the number of known cases was only 39 for the past decade.

A source of constant fear for many women, these killings occur frequently and often go unpunished. Honor killings have received the description of being among the cruelest and extreme forms of gender-based violence. This violence can take many forms, including direct murder, stoning to death, disfigurement with acid and forcing women into unwilling suicide.

A Project Justice Initiative study was the first to investigate honor killings in the context of a respected cultural practice. According to the report, tradition or sharia law do not motivate these killings; rather the ‘self-styled’ ambitions of an individual or family drive them. Facts of transgression are often not necessary for justification; the suspicion of a family’s honor is enough reason in and of itself. In cultures of regions of the North Caucasus, a woman’s honor has strong connections with that of her entire clan due to her duty of passing on values to the clan’s children. Male members of the family control a woman’s entire existence, and therefore, many believe it is in their right to commit the murders.

Victims of this tradition are most often young, unmarried girls, as well as women from ages 20 to 30, either divorced or married. In 100% of honor killings, the perpetrators of the crimes are men. Project Justice Initiative’s study revealed that 33 incidents resulting in 39 murders occurred between 2008 and 2017. Among these murders, only 14 underwent trial in court. This custom, a violation of women’s right to freedom, life and self-expression, escapes the attention of media and local law enforcement due to the belief that this is a cultural practice deserving of respect.

Field-researchers find it difficult to determine the rate and frequency at which these killings occur due to a number of factors including:

Many factors contribute to the lack of judicial and media attention regarding honor killings. Oftentimes, the absence of gender-sensitive initiatives is due to the perseverance of harmful gender stereotypes in these regions. The North Caucasus rarely implements punishments for these murders and the rare sentences that it executes are significantly less harsh than those of crimes that are equally serious. Women of this region lack access to justice because of their unequal status in society and courts often mitigate the murders as crimes committed as a result of provocation by the victim and emotional distress from the perpetrator. This discrimination occurring at the social, cultural and legal levels of society, sends the message of tolerance and acceptance of male violence against women.

The most important factors that may contribute to the eradication of honor killings in the North Caucasus include the intensification of human rights activities, the enforcement of inevitable punishment for such crimes and the reinforcement of non-harmful religious structures and government.

In the 68th session of the Human Rights Committee of the United Nations in 2000, the HRC established General Comment No. 28, Article 3, proposing that honor crimes that the legal system does not punish serve as a violation of the International Covenant on Civil and Political Rights. For example, in 2011, Rashida Manjoo, a Special Rapporteur working on behalf of the United Nations, held a meeting in New York to address the issue of gender-related killings of women. During her time reporting the killings, she sent press releases to various governments detailing current instances of discrimination and violence against women in respective countries.

The Russian Justice Initiative is a nonprofit organization that concentrates on legally deterring human rights violations associated with counter-terrorism operations, torture, armed conflicts and gender-based violence in the Russian territory. On a domestic level, the organization advocates for systemic reformation of policy and the legal system. According to the Russian Justice Initiative, it won over 120 cases in the European Court of Human Rights (ECHR) by 2014, with more than half of them located in Chechnya and Ingushetia of the North Caucasus. It has developed a program focused on enforcing a judgment in the North Caucasus region, which includes international advocacy and domestic litigation for human rights cases.

Honor killings of women in the North Caucasus are one of the most violent forms of gender-based crime, but few details surrounding the exact number of cases exist. It is important for these cases to gain media attention and for projects like the Russian Justice Initiative to advocate and champion women’s rights in the North Caucasus.