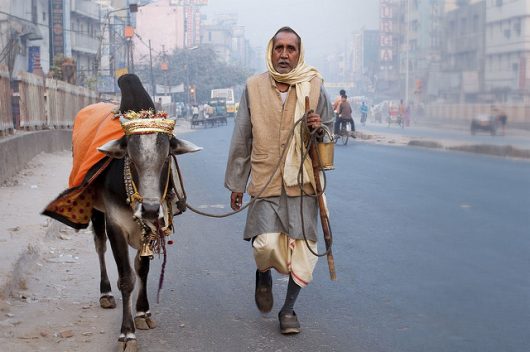 In March, The Human Immunodeficiency Virus and Acquired Immunodeficiency Syndrome Prevention and Control Bill Bil was passed by the Indian Parliament. The HIV equality bill in India outlaws discrimination against those directly affected by the disease.

At its most basic level, the law will ensure that Indians suffering from HIV/AIDS are given equal access to medical treatment, housing, education and burial sites. The bill also makes public expressions of hatred and discrimination toward people with HIV punishable by law. Doctors are prohibited from sharing the HIV status of any patient, and patients must always sign consent forms before receiving tests or medications.

Although HIV prevalence in India is relatively low, there are concentrated areas in the southwest and northeast corners of the nation. Even relatively low percentages of infection still translate into large numbers of people, as India is a country consisting of more than one billion people. The World Bank identifies several risk factors in India including low condom use, widespread drug use, migration and the low status of women. The impact of HIV can be devastating, especially for women in rural families. Infection is often stigmatized, and treatment is difficult to find and access.

The LGBT community still suffers from discrimination in India, and nearly half of transgender children are subject to violence before they turn 18. The new HIV equality law in India was widely celebrated by LGBT members, and it is hoped that the legislation will contribute to a decrease in violence and stigma.

J.P. Nadda, the Indian Health Minister, stated that the government “stands committed to free treatment for HIV patients and that this is what drove the passing of the HIV equality bill in India. Nadda also stated that the bill will establish guidelines for reporting discrimination and create a platform for the protection of patient rights.

Nadda also promised that the government will move forward in researching strategies for counseling, testing and prevention in high-risk areas in India.

Steve Kraus, the Director of UNAIDS Regional Support Team for Asia and the Pacific, said that the bill was “an important step forward for people living with and affected by HIV in India and around the world.”

The bill is the first national law pertaining to HIV/AIDS in South Asia, and many are hoping that the law will set precedent for other nations to follow suit. The new HIV equality law in India will hopefully protect the marginalized community in the country.