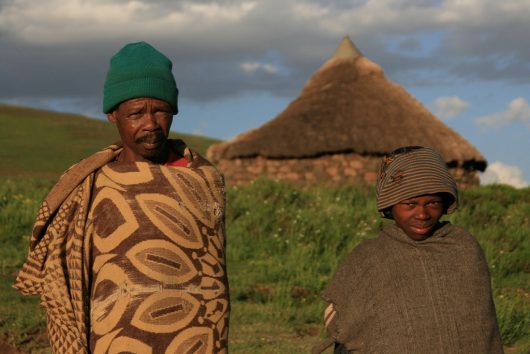 In the small, mountainous African country of Lesotho, one in four people are HIV-positive, but the rugged terrain and negative stigma surrounding the disease prevent many from seeking care or even being diagnosed. However, with the introduction of a new cellphone app and mobile health clinics, the HIV healthcare in Lesotho will change drastically.

With mountains separating the various regions of the country and minimal infrastructure, many people in Lesotho cannot access basic healthcare services. It is for this reason that many people who are HIV-positive go undiagnosed and unknowingly spread the disease to their partners or children. This year, only 60 percent of those with HIV in Lesotho received treatment.

More than half of the country’s two million people live below the poverty line. Moreover, insufficient HIV care in Lesotho has led the country to the second-highest prevalence rate of HIV/AIDS in the world.

Mobile clinics run by the Vodafone Foundation, Baylor International AIDS Initiative and Riders for Health, will ensure that all people in Lesotho can get treatment closer to home. The clinics offer on-site HIV testing.

Those who test positive for HIV are registered with Vodafone’s M-Pesa mobile money transfer service, where they receive funds to pay for transport to a treatment center. They are also registered with another mobile app which serves as a central database where healthcare professionals can plan and record their treatment in real time.

Infants are especially vulnerable to HIV, and the disease can quickly develop into AIDS if not identified and treated. Around the world, only half of infants with HIV are tested by the recommended age of two months.

The app and mobile clinics have been applauded by the Government of Lesotho, which will fully fund both programs from mid-2017.