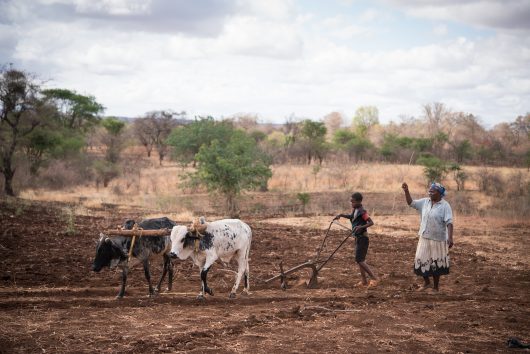 The history of global goals for sustainable development is relatively recent. Building on the original Millennial Development Goals (MDGs) of 2000, which the world planned on achieving by 2015, the establishment of the Sustainable Development Goals or Global Goals have drastically affected the way nations evaluate poverty, climate change and inequality and injustice.

The Global Goals have a much broader sustainability agenda than the MDGs. They address the root causes of poverty directly, as well as recognize the need for development that is universal and may be applied to all nations. Using the history of global goals for sustainable development, governments can be more effective when adopting certain initiatives.

The United Nation’s Development Program aims to carry out these Global Goals by providing support for governments, as well as ensuring transparency by the U.N. when it comes to the planning process.

The Untied States has begun the work to achieve these Global Goals through initiatives such as the Feed the Future Initiative. Established for several different nations, this initiative works to address the root causes of hunger by training farmers not only in sustainable farming and living, but also regarding their own healthcare. The 2015 report estimates that about 55 percent of the Feed the Future Initiative’s beneficiaries have been able to rise above the extreme poverty threshold of the US ($1.25 USD per day).

However, nations such as Brazil are taking the development of these Global Goals even further.

In 2015, Brazil’s President, Dilma Rousseff, the first Head of State to address the General Debate of the United Nations General Assembly, used her time to emphasize her nation’s improved economy after their 2008 economic crisis and its efforts to provide for the migrants of Europe.

She focused on Brazil’s measures to lower taxes, expand credit, strengthen investment and stimulate household consumption. She also focused on her nation’s efforts to reduce 43 percent of its greenhouse gas emission by 2030.

Brazil even co-sponsored with the UNDP the “Implementing the SDGs: Integrated Approaches” session of the United Nations Environment Assembly in Kenya in this year. The session focused on discussing universal tools to advance the 2030 agenda through holistic approaches to the environment, and in doing so, not just eradicate poverty, but also accelerate environmentally sustainable growth.