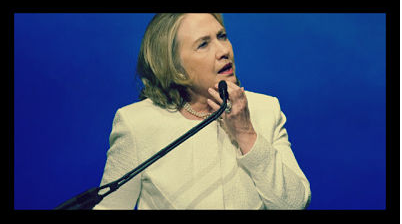 If Hillary Clinton’s not traveling the wold as Secretary of State, or running for president, or looking over legislation as a member of Congress, or raising a family, then she is writing a new book. According to Simon & Schuster, Hillary Clinton has a book on American foreign policy coming out in 2014. Simon & Schuster president and CEO, Carolyn Reidy, said that “Hillary Clinton has redefined the meaning of ‘trailblazer’ in every phase of her career on the world stage, as First Lady, Senator, Secretary of State, and notably, as an author.”

In framing her thoughts on foreign policy, Clinton will be pulling from her personal experiences, especially as Secretary of State. This position provided Clinton with many first-hand, and occasionally dramatic, experiences that give her a unique perspective of American foreign policy laws and legislation and how they directly affect other countries and the United States’ relationship with these other countries.

The news release from Simon & Schuster provides greater detail on the nature of Clinton’s book, which will also include her thoughts on American leadership in the future world, the important role of girls and women to the global and developing economies, as well as her opinions on the killing of Osama bin Laden and the Libyan conflict. Her thoughts on the overthrow of the Qaddafi regime in Libya will be insightful in the face of the many critiques from the Republican party.

The book, which has yet to be named, is expected to be published in June of 2014. It could be an indicator of whether or not Hillary Clinton will be running for president in 2016 as it highlights her credentials and states her opinions and thoughts on how to handle foreign policy and the future direction of the United States.

Madonna Auction’s Her Painting for CharityHow Bad is the Global Food Crisis?
Scroll to top