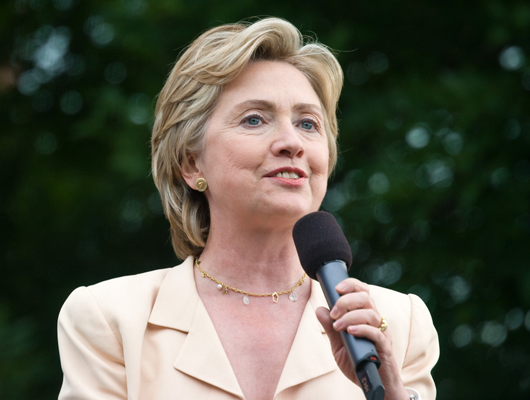 The President of the United States, often called the leader of the free world, tops the shortlist of influential politicians. However, those vying for that title are also key players.

Hillary Clinton is more than well known and has been an incredibly successful and influential politician, but as she campaigns for the Democratic nomination it has become increasingly difficult to learn about her positions or platforms amongst the constant news bits of what she wore or the Chipotle burrito she ordered.

Below is a collection of Clinton’s positions on issues surrounding global poverty.

“I believe strongly that we have to get back to leading on issues like health care and education and women’s rights around the world. I have introduced bipartisan legislation called The Education for All Act, to have the US lead the world in putting the 77 million kids who aren’t in school into school. I believe we should demonstrate our commitment to people who are poor, disenfranchised, disempowered before we talk about putting troops anywhere. The US has to be seen again as a peacekeeper, and we have lost that standing in these last seven years. So I think we have to concentrate first and foremost on restoring our moral authority in the world and our standing in the world.” (2008)

“I think many people are mistaken about how much money we spend on foreign aid. We spend 1%, and many believe we spend 25%. That 1% investment has made a difference in solving problems but also in helping America to be stronger by solving problems around the world. We sometimes learn lessons we can bring home. I want us to continue to be a leader, and you don’t lead from behind walls. You don’t lead by walking away from the world. I think you lead by remaining engaged and trying to shape events.” (1997)

“From the Grameen Bank in Bangladesh to the Self-employed Women’s Association in India, or to the work in Ghana, to banks and programs modeled on these from Indonesia to the Dominican Republic, to my own country, we have seen that microlending works. Women who have received loans from the Grameen Bank, for example, have a repayment rate of 97%, and often within one year. And they invest their money well.” (1995)