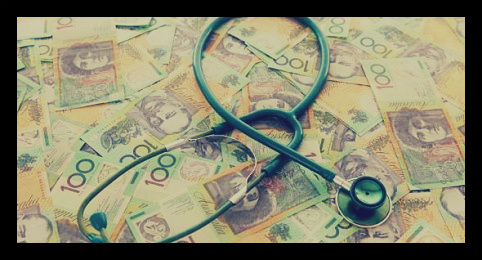 Australia is considered to have one of the best healthcare systems in the world. Universal healthcare is provided to their citizens in the form of the government run ‘medicare’ program as well as a vast private healthcare system. In addition to covering its own residents, Australia sold over 26 million dollars in medical care to tourists from all over the world.

Behind the seemingly successful exterior, there is a deep disparity in how Aborigines are treated in the healthcare system.

Many suffer from diseases that are preventable and not seen anywhere else in the developed world. The average life expectancy of an Aborigine is over a decade less than a non-indigenous Australian. Aborigine children are ten times more likely to commit suicide and the prevalence of other diseases such as depression, gastroenteritis and kidney disease are much higher than in non-indigenous people.

It is not surprising that without access to healthcare for preventable diseases, many indigenous people live in poverty. Homes are made from carcinogenic asbestos and many do not have access to clean water or proper sanitation. Many also suffer from debilitating diseases that make work impossible to get to or employment difficult to obtain.

This level of poverty and lack of access to healthcare in a wealthy country has been described as shocking.

This glaring failure in the Australian healthcare system can be in part attributed to the amount of spending spent on citizens. Hospital spending on indigenous citizens in 2010 was AUS $3,630 as compared to AUS $1860 for non-indigenous people. This means many indigenous citizens were relying on hospital visits when they were sick, due to the lack of access to preventative care.

Much of this disparity in healthcare is attributed to the lack of representation of indigenous people in the decision-making process.

There also needs to be improvements made to the public health initiatives aimed at promoting cultural awareness.

University of West Australia professor Pat Dudgeon said, “For there to be an improvement in indigenous health, there has to be a cultural aspect present in health programmes. Studies from around the world have shown when you engage indigenous people in cultural reclamation and self-identification, there is far more retention.”