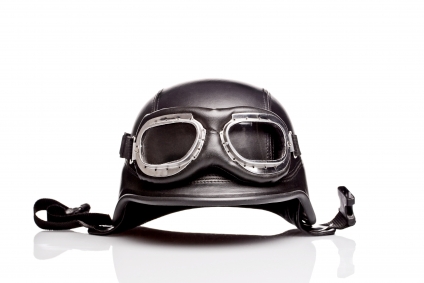 “Have you ever noticed that anybody driving slower than you is an idiot, and anyone going faster than you is a maniac?” And while my favorite government-hating, cigarette-smoking, religion-bashing comedian does have a point, scientists from the Rehabilitation Institute of Chicago are starting to prove that life actually isn’t a zero sum game. It turns out that people, contrary to popular belief, actually like other people.

Scientists are quickly figuring out that giving is inherently rewarding. The brain isn’t only looking out for itself, but for the well-being of others. Using tools like fMRI scanning, which highlights blood flow in different parts of the brain, scientists can pinpoint the areas of the brain that control these social impulses, making the “why” behind generosity clearer and clearer.

Neuroscientist Jordan Grafman hypothesizes that altruism exists because it helps ensure the survival of kin, and even more importantly, the well-being of a strong collective.

Dr. Grafman and his team have discovered that a part of the midbrain, the mesolimbic system, which controls cravings for food and sex, releases dopamine when people make decisions to donate to a worthy organization. And when asked to do the same thing anonymously, the subgenual area lit up, the section that plays a role in releasing oxytocin, the “love” hormone – the effect psychologists are calling “helper’s high.”

Some insisted that upbringing determined whether a person would be selfless or selfish: a person’s culture taught them and molded them into who they are. Others argued that selfishness didn’t exist as much as impulsiveness, and it is when we learn to control these impulses that we become altruistic. Analogous to the cliché of “actions speaking louder than words,” regardless of someone’s intentions, it’s what they do that matters.

While this feel-good chemical reaction has a clear association with altruism, it is not exclusive to it. Thus forcing Grafman to look further. There had to be other parts of the brain that the pleasure system partners with. The answer lay in the anterior prefrontal cortex, (aPFC) the region in the front of the brain used in making moral judgments.

The experiment found that participants who volunteered and were the most charitable showed the highest activity in the aPFC. Because it’s so difficult to be altruistic, especially when it’s at our own expense, the brain encourages this type of behavior by giving “rewards” in the form of chemicals released.

In fact, studies are showing that the more oxytocin is released, the more empathetic and generous people feel.

To all those cynics who argued that humans are inherently selfish creatures, you aren’t exactly wrong. Dr. Bill Harbaugh, an Economist from the University of Oregon, studied a group of law school graduates donating to their alma mater. His findings showed that they would donate just enough to earn the highest title in their bracket, and that giving with no expectation of pleasure or other reward is rare. While he acknowledges that this may be done unconsciously, at the end of the day, he argues, “people care about prestige.”

Astoundingly, it isn’t only to prove a point that this research provides, but the possibility to make people more generous. Stanford psychiatrist and bioengineer Karl Deisseroth has managed to take genes from algae, amongst others, and incorporate them into mouse neurons. The result: a “prosocial” mouse-a mouse that will literally cuddle you to death.