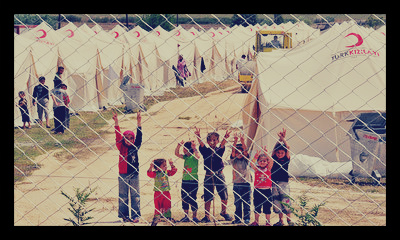 According to the UN High Commissioner for Refugees, nearly half of the population of Syria will be in need of foreign aid by the end of 2013. With nearly 8,000 people per day leaving the country with no sign of impending political compromise or end to the fighting, the UN estimates that there will be 3.5 million refugees by the end of the year, and 10 million in dire need of aid – with half of those being children.

The commissioner claimed that although he has been involved with long civil wars in the past, including refugee situations in Afghanistan and Iraq, the current crisis in Syria is the most serious he has ever seen, calling it “the worst humanitarian disaster since the end of the cold war.”

The situation is being compounded by already-low levels of foreign aid to organizations working to bring relief to refugees in the area. Unicef reported being underfunded by 70%, and the commissioner stated that foreign powers are unable to provide aid due to current economic conditions.

Besides the Syrian refugees who have fled the country for bordering nations, nearly three million Syrians remain displaced within the country’s borders and thus have very few opportunities for providing basic necessities, like consistent food and clean water – not to mention access to electricity.

The commissioner also noted the geopolitical implications of the Syrian civil war, saying that the stress placed on neighboring nations Jordan, Lebanon, and Iraq are very serious, saying “it’s the most dangerous of all crises.”