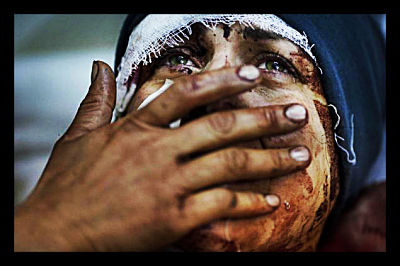 The mounting crisis in Syria has prompted seven countries to pledge a collective $2.4 billion in aid during a donors’ conference in Kuwait this Wednesday.

Including the additional $380 million pledge from Secretary of State John Kerry, the U.S. will have donated over $1.7 billion aid to Syria, the most of any other country. Other large donors include Kuwait, Saudi Arabia and the United Kingdom with $500, $260 and $164 million respectively.

Despite the seemingly large donations, escalating violence and worsening conditions for Syrians demands a parallel response from donors.

“The UN has launched its largest appeal ever. It did not do this lightly,” said Gareth Price-Jones, Oxfam’s Syria country director. “The scale of the appeal simply reflects the immense scale of the need. If every country gave its fair share then the appeal would be funded.”

When the conference met for the first time last year, two years after the Syrian conflict began in early 2011, seven hundred thousand Syrians had been displaced and approximately four million Syrians were in need of aid.

In the year since, the number of refugees has escalated into the millions, with nearly 6.5 million Syrians displaced within the country itself while an additional 2.3 million have fled to neighboring countries Jordan, Lebanon, Iraq, Egypt and Turkey.

To complicate matters further, the Assad regime refuses to permit humanitarian aid workers from delivering supplies to distressed populations. In a statement to the donors, Kerry stressed the importance of actively confronting the problems in the region.

“I will tell you all clearly today we are under no illusion that our job or any of our jobs here are to just write a check,” said Kerry. “The international community must use every tool at our disposal to draw the world’s attention to these offenses. They are not just offenses against conscience; they are also offenses against the laws of war, against international law.”

The offenses to which he refers include the Assad regime’s attacks on schools, healthcare facilities and residential areas. Chemical warfare, gender-based violence and starvation have left 100,000 people dead and many injured with few hospitals and doctors to turn to for help.

During his speech to the donors, UN secretary-general Ban Ki-moon expressed his commitment to resolving this conflict and described his visit to a refugee camp in Iraq.

“I was there to show my solidarity. Their suffering is heartbreaking. Their resilience is admirable. They need us to prove that the world stands with them now,” said Mr. Ban.

Discussion will continue at the Geneva talks in Switzerland next week. In addition to continued relief efforts, parties will also be covering methods of ending the conflict, including ending the arms and ammunition transfers that help sustain the civil war.