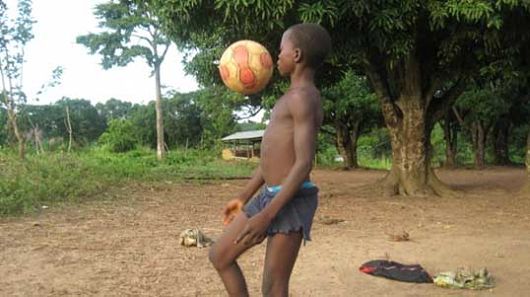 With somewhere between 20.3 million and 25.4 million viewers and fans, there is no better stage to raise awareness and funds for an organization than the World Cup. And that is exactly what World Cup Champion Christen Press and her teammates set out to do during the 2015 Women’s World Cup.

Prior to the Women’s World Cup, Christen Press partnered with Grassroot Soccer’s campaign DreamBIG. The entire US women’s national team supported the campaign that works with youth in Africa to improve health services, build leadership and empower a stronger tomorrow.

The organization, Grassroot Soccer, uses the power of soccer to reach people in developing countries and fight against HIV. Their mission is simple: “educate, inspire and mobilize young people to stop the spread of HIV.”

By using a tool such as soccer, offer considered a universal language in its own way, Grassroot Soccer has the ability to influence countless youth and adults in developing countries that need both the education over HIV and the leadership development to put a stop to it.

Since 2002, when Grassroot Soccer was founded, they are reached over one point two million people in 40 countries. Each year the organization continues to impact approximately 100,000 people in HIV stricken areas.

Fittingly, Press and the rest of the US Women’s World Cup took it upon themselves to support the organizations movement DreamBIG; a campaign that was created for the World Cup. This specific campaign will provide funding for mentors and health services to be sent to southern Africa, thus allowing them to “live healthier lives so that they can DreamBIG.”

Over the duration of the 2015 Women’s World Cup, DreamBIG raised $87,500 thanks to the support from the U.S. women’s team. The money raised from the tournament alone will provide training, education and the chance to build leadership skills through soccer for 3,500 youth between the ages of 15 and 18.

The organization is obviously doing good work, but of all the sports, why soccer? Why a sport at all? The answer is quite simple. Soccer has and does bring people together unlike any other sport. As the largest sport in the world, it is something every nation can connect to.

Soccer fosters skills in youth that help them later lead a better, healthier life. On top of that, for youth living in large cities with high crime, drug and violence rates, sports like soccer, and organizations like Grassroot Soccer encourage youth to keep off the streets and active in healthy choices.

The world of soccer is making even larger impacts than that though.

As foreign aid for education dropped, the United Nations asked the International Association Football Federation, otherwise known as FIFA, to “institute a 0.4 percent educational tax on broadcasting and sponsorship revenues” for the 2010 Men’s World cup and the five European leagues until 2015.

Within those five years, the point four percent educational tax generated over $200 million that will be used to provide basic education to two million children.

Building personal skills and improving education through soccer is tremendous, but the power of soccer is on the verge of growing even more. A new soccer ball that utilizes the energy of kick is in the process of being tested and made available.

That sounds great, but what does it mean? It means that the energy of impact when kicking the ball would be saved within the ball. That energy could later be used to power a variety of objects anywhere from a light bulb to an appliance.

Between skills, education and energy, Grassroot Soccer is onto a new type of aid work that will bring people from all nations together to create a prosperous future. With the help of donations, volunteers and groups like the US Women’s National soccer team, Grassroots Soccer will continue to improve the lives of millions of youth.