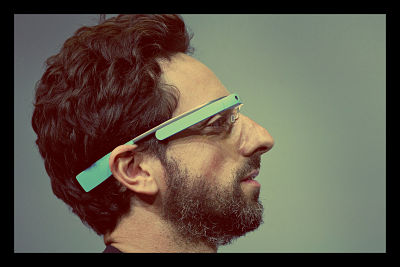 Known for its ubiquitous search engine and innovative products and services, Google is a do-it-all giant in the world of technology. One of its more recent creations – Google Glass – has become an “already-iconic wearable computer,” despite still having not been released for public purchase.

Perhaps Google is holding out on the masses for a better purpose.

Two days ago, Google officially launched its Giving Through Glass initiative, which will give five nonprofits exclusive access to Google Glass, in the hopes of increasing the organizations’ transparency and accountability. Though it is unclear exactly for what the nonprofits will be using Google Glass, Google says that it will bring insight to the organizations’ everyday work.

Google Glass is, essentially, a computer that is worn as a futuristic-looking pair of glasses. It overlays data into the wearer’s vision, allowing the user to take pictures, record videos, share what they are seeing live, get directions in their line of vision, send messages by talking, ask questions and receive instant answers, translate words into any language, and access Google search, simply by wearing their glasses.

According to Hubspot, potential uses of Google Glass by the nonprofits include real-time streaming of images from the field, connecting supporters with the organization, translating between local people and foreign staff members, streaming board meetings and showing the impact of the organization’s work on its community, among a multitude of other functions.

Thus far, the majority of the nonprofits chosen to be part of Giving Through Glass operate with a focus on assisting people in developing nations. These organizations include the World Wildlife Fund, Samasource, GiveDirectly, DoSomething!, and charity: water.

Google disclosed that their infamous product will be used to “bring more transparency to philanthropy, and close the gap between donors and the people they support.” This partnership demonstrates an innovative way that a major multinational corporation can practice corporate social responsibility.

Keep on with the good work, Google!

5 Best Actors Who Served in Politcs What is the Convention of Rights of the Child?
Scroll to top