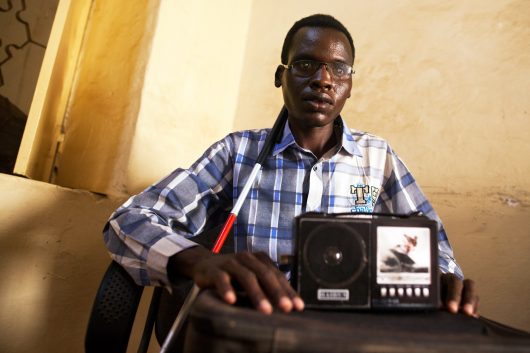 Silicon Valley superpower Google is developing artificial intelligence technology that is intended to help the world solve some of its healthcare issues. Teaming up with the U.K.’s governmental healthcare structure, they hope their new invention will be able to detect and prevent eye diseases and blindness.

In collaboration with its subsidiary DeepMind, a company that uses complex algorithms to teach computers how to better analyze information and learn from it, Google will introduce about one million eye scans to DeepMind’s algorithms. They hope the artificial intelligence system will be able to analyze scans and conclude a diagnosis faster than ever before. This has the potential to allow doctors to treat a patient before a “point of no return.”

DeepMind, a London-based artificial intelligence startup acquired by Google for $500 million, is an expert at making computers behave and think like humans. They were praised for teaching a computer to master Atari system games. The computer was able to beat world masters.

Now, Google hopes to harness the cognition powers of their computers to serve the world’s sick. Although as of now the system is implemented at just one of the National Health System hospitals in the U.K., it has a global reach in its implications. More than 100 million individuals worldwide are inflicted by vision problems relating to diabetes or age. This technology could help all those millions to prevent their eye diseases and vision loss before they are even aware they have it. For global health advocates, this is a very promising innovation that could find widespread success

Google has been diligent in designing groundbreaking solutions to intractable problems. The tech giant and its umbrella company, Alphabet, have been investing a large amount of resources toward global health. Businesses are beginning to realize that investing in a healthy world returns profit, and benefits everyone.