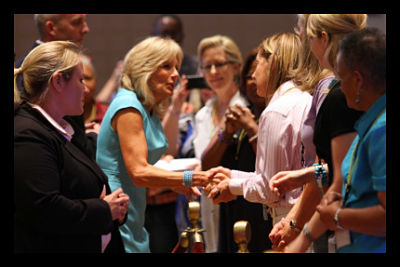 According to the NASW’s website, it is dedicated to enhancing the professional growth and development of its members across the country, as well as to create and maintain professional standards and ethics and to promote effective social policies.

The NASW has published a standard Code of Ethics in order to maintain consistent practices amongst social workers throughout the United States. It emphasizes the need to forego discrimination, maintain respect for all clients, and to advocate for social justice.

The organization focuses its efforts on two major aspects of social work: professional practice and social advocacy. The NASW works to encourage social workers to adopt practices that lead to the ultimate goal of providing tangible services, effective counseling and psychotherapy, and assisting communities.

Each state has a chapter of the NASW, and there are also chapters in New York City, metropolitan Washington, D.C., Puerto Rico, the Virgin Islands, Guam, and an international chapter.

The NASW also runs a NASW Press in order to publish scholarly articles and monographs about social work. In addition to its official newsletter, the NASW Press runs the quarterly journal Social Work.

Advocacy and promoting social justice is another major focus of the NASW. It seeks to engage social workers with grassroots advocacy campaigns for federal legislation, candidate elections, and social reform. Some of the current political issues that the NASW is addressing include health care reform, immigration, and drug policy reform.

In order to keep social workers informed about ways that they can engage in advocacy campaigns, the NASW has organized a listserv for members so that the NASW government relations staff can keep members informed of different advocacy efforts. The NASW also runs a CapWiz system that allows social workers to email or send letters to their members of Congress.

In 2012, the NASW issued a document to the Obama administration entitled “Building on Progressive Priorities: Sustaining Our Nation’s Safety Net.” The document calls on the Obama administration to promote and encourage bipartisan approaches to seek sustainable and effective solutions to benefit Americans in need. It asks for the administration to invest in social work efforts, expand social work research, rebuild the economy, strengthen health care, advance the rights of women and disabled people, care for children and the elderly, and protect veterans and their families.