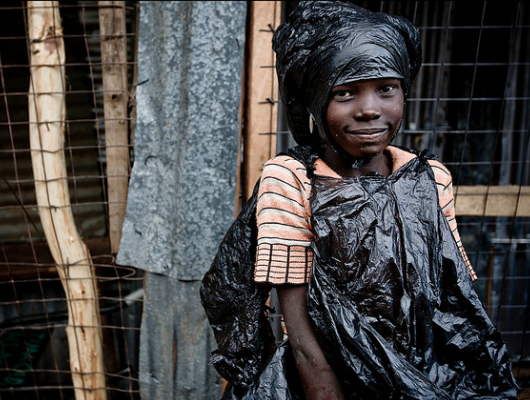 In developed nations, vast annual quantities of greenhouse gas emissions are causing global authorities on climate change to be seriously concerned. The World Resources Institute reported in 2014 that the biggest offenders are China, the U.S. and the E.U.

However, the people who will be most adversely affected by the impacts of climate change will not be developed nations. The real damage will lie between global warming and the world’s poor.

In March 2014, the Intergovernmental Panel on Climate Change was held to discuss the growing number of concerns surrounding global warming.

Riding on the coattails of the December United Nations Framework Convention on Climate Change’s 20th annual Conference of the Parties, the report was the result of one of the most thorough data collecting and analyzing efforts in climate research history.

The report drew a tragic connection between global warming and the world’s poor, asserting that the most vulnerable, least prepared, most exposed and impoverished communities will be hit the hardest.

A particularly dangerous side effect of global warming will be the destabilization of growing cycles, disrupting and reducing crop yields. This decrease in crop yields drives up the price of food, putting more people in danger of malnourishment.

Another concerning connection between global warming and the world’s poor is that underdeveloped regions are less resilient to weather-related disasters, whether it be drought or hurricane. This lack of weather resistance in a community makes it more vulnerable to an increase in poverty.

The report also found that as resources become tighter the risk of conflict rises. Historically, as food shortages occur, food riots and clashes between farmers and herders over land use, as well as unrest about where and how water should be used, skyrocket.

However, Chris Field, a co-chair of the 2014 U.N. report, said adapting to more sustainable and climate-friendly practices can lessen the blow of climate change.

“Climate-change adaptation is not an exotic agenda that has never been tried. Governments, firms, and communities around the world are building experience with adaptation,” Field said. “This experience forms a starting point for bolder, more ambitious adaptations that will be important as climate and society continue to change.”

Dr. Vicente Barros, who chaired the report, added, “Investments in better preparation can pay dividends both for the present and for the future.”