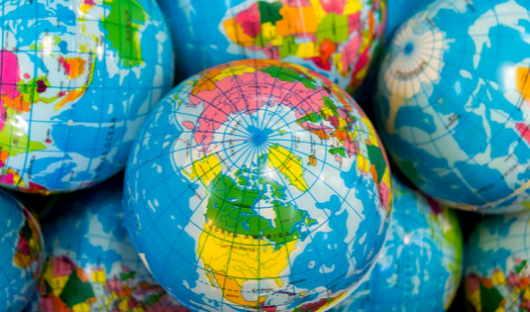 Garnering political support and securing the funding to put a substantial dent in global poverty is proving to be a frustratingly tricky endeavor.

At a UN General Assembly meeting 45 years ago, leaders of developed countries agreed to funnel money, in an amount equal to 0.7 percent of their GDP, towards developing countries. This money was to promote “economic development and welfare of developing countries” and is referred to as Official Development Assistance, ODA for short. The 0.7 target, which is non-binding, has been repeatedly agreed upon and consistently undershot.

The closest that developed countries have come, as an aggregate, was 0.51 percent of GNI back in 1963, seven years before the UN agreements (The data uses GNI instead of GDP, but lack of substantial difference between the two should not significantly skew the data). Wavering between 0.36 and 0.21 percent of developed country GNI between 1970 and 2014, perhaps a novel strategy for the provision of ODA is needed. Enter Global Public Goods.

Global Public Goods, a more calculating, if a less emotive method of funding global development, rests its case on the idea that there are some goods, which when consumed, have positive impacts that extend beyond the consumer. Because all of the positive impacts are not accrued to the person who pays for the good, some people can avoid paying yet still receive the benefits, known as free-riders. This leads to the good being under-supplied. Therefore, the government steps in to provide more of the good, funded through a tax, making everyone that benefits pay their fair share.

Some classic examples of public goods include education, national defense and immunization programs. What is important is that the increase in the goodwill have benefits for all of society, and outweigh the cost of the tax, making everyone better off.

This idea, which is founded on the fact that costs and benefits spread out over society from individual actions, is gaining significance in an increasingly networked and connected global economy. Many economic decisions and consequences have widened in scope and have necessarily transcended nation-state boundaries and legal systems. Few are isolated from the complexity and interdependence of global forces, and individual nations are not equipped to properly deal with the effects. In short, the market is now global and attempts to correct the market should be also.

Corrective solutions for global problems like “international security, financial stability, eradication of epidemics and the dissemination and sharing of knowledge” as well as pollution and loss of biodiversity, require cooperation on an international level. According to the Global Public Goods school of thought, funding for the institutions that would provide these goods should be paid for by all that benefit, in other words, everyone. The technical details of provision and funding (for example, would the funding come from a supranational tax authority or existing national revenue collection agencies that coordinate where and how the funds are spent) are still being worked on. Still, this avenue promises to correct a global imbalance of public goods and bads, providing more of the former and minimizing the latter, making everyone better off.

Currently, the dependence on voluntary contributions and the free-rider pitfall that the 1970 UN agreement did nothing to address are two explanations for the lack of ODA funding, which stood at 0.29% of developed country GNI in 2014, instead of the agreed-to 0.7%.

As problems of global insecurity and climate change are on the rise and roughly two billion people will be joining us in the next 35 years, a traditional approach to solving these problems may prove to be prodigiously expensive. Rethinking global development through the lens of Global Public Goods can have a greater impact on poverty reduction and development, and its solid economic underpinnings may make its funding more politically palatable.