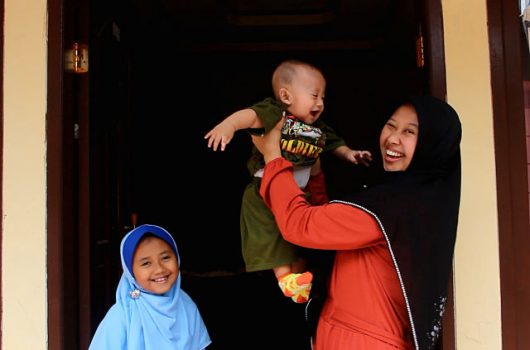 In the effort to eradicate global poverty, the sheer magnitude of the problem can be easily overwhelming. Often, the pervasiveness of it is perceived as too great to be solved, which can lead to a kind of hopeless apathy in people who might otherwise be mobilized to action. This perception is understandable, considering the ubiquity of stories about abject poverty that dominate coverage of the matter by various media outlets. Indeed, only hearing bad news makes the prospect of ever beating global poverty bleak, if not impossible. For this reason, while it is important to be aware of the problems that exist, it is equally necessary to hear about the successes that have been made in fighting global poverty. Balancing the good and bad news is a healthy way to both educate people and encourage progress.

For that reason, here are five pieces of good news regarding global poverty:

1. According to the World Bank, almost 1.1 billion people have ascended from extreme poverty since 1990.
2. In 2014, half of all Sub-Saharan African countries had reduced their maternal mortality rates by at least 40 percent.
3. In 2016 alone, USAID provided food assistance to more than 53 million people in 47 countries.
4. In collaboration with the President’s Emergency Plan for AIDS Relief (PEPFAR), USAID has helped 11.5 million people attain live-saving AIDS treatment.
5. Literacy rates have increased by 33 percent around the globe in the last 25 years, with enrollment in primary school increasing threefold in that same timeframe.

These are not small victories. They are the result of improved economic conditions and innovative healthcare technologies that, in turn, were made possible by the deliberate decision of the developed world to solve extreme poverty. On a larger scale, global poverty has been cut dramatically in recent decades. In 1990, nearly half of all people living in developing countries lived off of $1.25 per day. That number was reduced to an impressive 15 percent in 2015. This giant leap in progress is thanks in large part to the establishment of the Millennium Challenge Corporation, which made global poverty a priority of U.S. foreign policy. Bearing these morsels of global poverty good news in mind, nearly 800 million people still live in extreme poverty. Efforts to alleviate this problem cannot be allowed to let up, especially not for the belief of it being a hopeless endeavor. These triumphs are proof that the concerted efforts of the international community to combat global poverty have positively impacted millions of people thus far. The so-called lofty goal of eradicating poverty is far from impossible.

What Is the United Nations Girls’ Education Initiative? Causes of Poverty in Monaco Successfully Minimized
Scroll to top