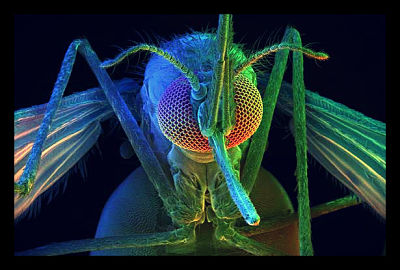 The Plasmodium parasite, otherwise known as malaria, carried by the Anopheles mosquito and spread via a bite on the skin has long been an intermittent public health concern for the residents of Northwestern India. However, thanks to some innovative forecasting involving summer sea temperatures of the South Atlantic, public health officials can implement a policy of malaria prevention in India.

Researchers at Michigan State University were able to link colder than usual July sea temperatures of the tropical South Atlantic to heavier than average fall monsoonal rainfall in Northwestern India. How is heavier rainfall associated with malaria outbreaks? When arid to semi-arid climates undergo heavy wet seasons, surface rainfall puddles allow for the breeding of malaria carrying Anopheles mosquitoes. Prior to these findings, public health officials would have typically had only a month to facilitate a policy of malaria prevention in India before the mosquitoes would reach maturity and begin to infect the populace. Now officials have up to a four month lead time to take preventative measures, such as indoor insecticide spraying, in order to mitigate the spread of the Malaria infection.

In regards to the climate link between cooler July temperatures in the South Atlantic and malaria outbreaks in late October, Ecological Professor Mercedes Pascual noted that “The climate link we have uncovered can be used as an indicator of malaria risk, on the practical side, we hope these findings can be used as part of an early warning system.” Thus, this “early warning system” can allow for a robust policy of malaria prevention in India to be implemented in the months leading up to the outbreak.

Research findings such as this, linking cooler South Atlantic water temperatures to malaria outbreaks in Northwest India is great news regarding global health disease prevention. Furthermore, by having the foresight of knowing when and where the next malaria epidemic is likely to occur, smart measures can be enacted in order to promote malaria prevention in India.