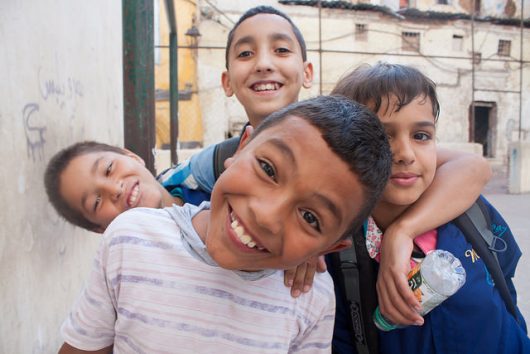 The United Nations Children’s Fund has recently put out a call for more funding after a report from the U.N. indicated that improvements on global education rates are stalling. Widespread poverty, humanitarian crises and ongoing military conflicts have been pointed to as the main causes for this significant stagnation. Although a quality education for all is one of the U.N. Sustainable Development Goals signed by world leaders in 2015, the on-the-ground campaign for this goal has been considerably lacking in recent years.

Today, the UNICEF reports, around 123 million children are missing school, which represents 11.5 percent of school-age children; in 2007, this number was at 135 million, or 12.8 percent. This 1.3 percent decrease in a decade, the UNICEF indicates, is not nearly enough in order to attain education targets set for 2030. In fact, international aid for education, now standing at about $12 billion, has declined 4 percent since 2010. This is the sixth year in a row in which education has been a diminishing proportion of the overseas aid budget, further evincing that improvement on global education rates are stalling and are possibly at a risk of stopping altogether. By June 2017, UNICEF had only received 12 percent of the funding it needed to provide education for children in areas of crisis.

Although children in poorer countries are disproportionately affected, the latest U.N. report highlights that they are not necessarily the regions getting the most help. Sub-Saharan Africa, for example, accounts for around 50 percent of the global out-of-school children population, but only receives about one quarter of the budget destined for education aid. This is primarily due to more international support going to areas submerged in conflict. This has made ongoing military campaigns and war main factors in the denial of education to millions of children across the world, especially in poorer countries.

Overall, the overwhelming tendency is that improvement on global education rates are stalling. Irina Bokova, director of UNESCO, recently stated that, “Aid would need to be multiplied by at least six to achieve our common education goals and must go to countries most in need.”

In spite of this global stagnation, significant progress has been made in some areas. Ethiopia and Niger, two of the world’s poorest countries, have had respective increases of 15 and 19 percent in enrollment rates for primary school children. This was the largest recorded increase in the latest report given by the U.N.  It is evident that the international community, which signed on to the U.N Sustainable Development Goals, needs to build on the progress made in these countries to help others in need.