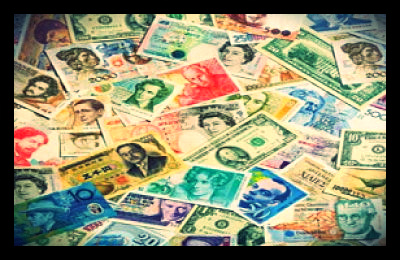 As the gap between the rich and poor grows, business moguls and laymen alike attempt to make heads or tails of the fate of the global economy. This week, two economists offered their perspectives: one charting the bleak demise of a growing poverty class, the other predicting a silver lining for the rise of economic development.

Business Insider picked up a chart created by Branko Milanovic and tweeted by James Plunkett Wednesday morning that tracks the growing divide between the rich and poor between 1988 and 2008.

The chart shows that while the poorest groups experienced a slight period of economic growth, the decline of the middle class has melted into the poverty line, while the elite continues to grow and dominate economic prosperity.

On the side of hope, Bill Gates predicts in the Gates Foundation 2014 annual letter that in two decades, the existence of poor countries will vanish. Gates believes the most impoverished nations benefit from neighboring countries’ advancements in technology and health care and will join a reemerging middle class.

“Nearly 90 percent will have a higher income than India does today,” Gates says in his letter.

Based on noted growth and improvements over the past several decades, Gates envisions a world in which the global economy conditions only improve.

“Today, more and more countries are turning toward strong sustained development, and more will follow. Seven of the 10 fastest-growing economies of the past half-decade are in Africa.”

While some countries only need to experience a slight boost in income for this possibility, other counties are far from progressive. Countries trapped in war and politics, Gates concedes, will fail to see the same lift from poverty that he predicts millions will see in the near future.

In the second part of Gate’s letter, he debunks the myth that foreign aid is wasteful.

“To get a rough figure, I added up all the money spent by donors on health-related aid since 1980. Then I divided by the number of children’s deaths that have been prevented in that same time. It comes to less than $5,000 per child saved… keep in mind that U.S. government agencies typically value the life of an American at several million dollars.”

Gate continues, “Also remember that healthy children do more than merely survive. They go to school and eventually work, and over time they make their countries more self-sufficient. This is why I say aid is such a bargain.”

Gates stance on foreign aid answers the question that lies between the bleak reality of Milanovic’s chart and the bright future in Gates’ prediction. By boosting impoverished communities into productivity, these nations can rejoin the global economy, which lifts the lower class and benefits the globalized market as a whole.

Despite the myth that aid breeds dependence, aid and support in fact create self-sufficiency, which is why international superpowers must reevaluate their cuts in funding to saving more lives and help nations grow.