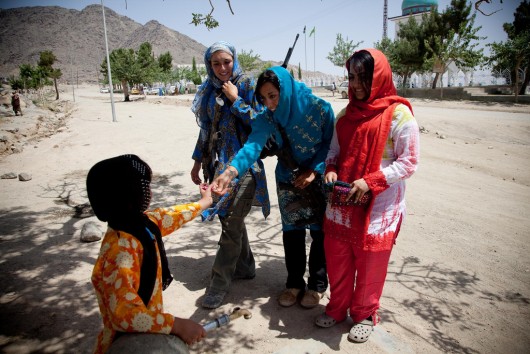 From Oct. 14 to 16, Switzerland’s second-largest city became especially bustling as 900 people poured in with ideas about future humanitarian aid. They were invited by Switzerland to attend the Global Consultation in Geneva.

The Global Consultation in Geneva consisted of a live webcast and Q&A session. The purpose of the consultation was to introduce the upcoming World Humanitarian Summit that will be held in Istanbul in May 2016.

The event attracted a diverse crowd of members from struggling communities, government representatives and everyone in between. The webcast itself is available online for anyone wishing to be involved in future humanitarian aid.

A preceding online consultation posted several questions and proposals regarding preparation, empowerment, safety and more. For example, the World Humanitarian Summit said that affected communities should be given leadership positions when dealing with the crises in their areas.

Recognizing disaster victims as primary agents in the recovery process will increase their involvement in preparation and response tactics.

People from around the globe responded with suggestions and opinions. These responses were used as feedback for the goals announced in the Global Consultation in Geneva. This way, speakers would know ahead of time which concerns to target in their discourses.

One particular concern was strengthening the resilience of countries. Regions prone to natural disasters must be prepared, war-torn areas need fortification and the deeply impoverished want to be told that there is hope.

“Concentrating our efforts on humanitarian action and reconstruction is not a valuable strategy in the light of humankind’s growing exposure to the consequences of poor land use planning and climate change; preventive measures are much more effective than responding to disasters,” said Didier Burkhalter, former president of the Swiss Confederation, during the webcast.

World Food Programme (WFP) released a statement on the first day of the global consultation, revealing its proposals for 2016 humanitarian aid. Like many other humanitarian programs, WFP advocated for further mobilizing affected areas.

“While international actors can support countries in managing disasters, it is national and local actors who first and foremost require stronger capacity for preparedness and response,” said WFP.

It hopes that the discussions prompted by these proposals will “bring forth more concrete ideas that will feed into agenda for Summit in Istanbul next year.”

Roughly 80 million people worldwide depend on humanitarian aid. Sixty million have been displaced from their homes.

These figures may seem insurmountable, but they can be overcome if the ideas and goals proposed during the Global Consultation in Geneva take root across the globe. Already, many people want to help, and many more want to be helped.

“No refugee wants to remain a refugee,” said Burkhalter in his speech. “Every child in this world prevented from going to school wants to return to their classrooms as quickly as possible.”