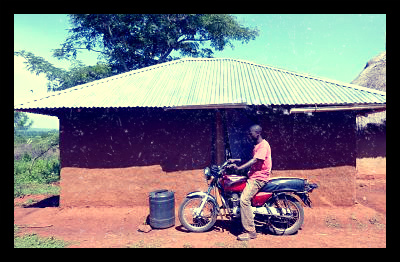 Charitable donations are a familiar aspect of life in the developed world. In some form or another, many people give their time, old belongings, and even money to help those less fortunate in the world. Major international organizations including the United Nations, UNICEF, the Bill and Melinda Gates Foundation, and the Clinton Global Initiative operate on the notion of helping others and lend their resources to those in emergent nations. Other groups like KIVA and The Grameen Foundation issue micro-loans with given terms and strictures that borrowers must follow while repaying the loan.

But what if there were no catch in giving and receiving money? Does there necessarily need to be a greater cause than someone freely giving a monetary donation to another with no strings attached and no expectation of repayment? GiveDirectly is a charity that does just that. Operating chiefly in Kenya, givers donate through the givedirectly.org webpage and their gift is sent electronically to a chosen recipient via cell phone. GiveDirectly prides itself on efficiency, transparency, and respect, placing at least 90% of each dollar toward the poor.

In a recent piece for The New York Times, Jacob Goldstein explores the choices GiveDirectly has made and whether the policy of simply giving money away is truly sound. GiveDirectly was started by a group of Harvard and MIT graduate students who were inspired by a similar program used by the Mexican government in the 1990s. Kenya was chosen as the launch nation because of the rural poor and proliferation of cell phone use in the country. Just as in the case of Mexico, the initial results have been promising, with most people spending the cash productively to replace essential items like roofs and to buy food. Some have used the funds to start small businesses on their own, such as “Bernard Omondi, who used the money — $1,000, paid in two installments — to buy a used motorcycle. He uses it as a taxi, charging his neighbors to ferry them around. Before he had the motorcycle, he says, he sometimes worked as a day laborer, but often couldn’t find any work at all.”

Some economists, however, have their doubts about the initiative. Columbia University professor and economist Chris Blattman remains skeptical of the process, but is hopeful that the approach will garner long term success. GiveDirectly, it’s supporters and critics will know more about the impact of the project later in 2013 from a third party group studying its operations in Kenya. One of the GiveDirectly founders, Michael Faye, expressed that the main idea is to give the poor what they need most, saying that he, and really many outside donors, haven’t a clue to what the poor really do need. Giving money directly puts the choice squarely in the hands of the impoverished.