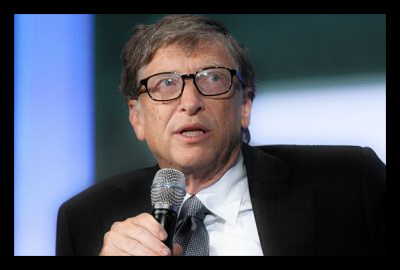 Philanthropist and Microsoft Co-Founder Bill Gates has been focusing much of his attention on developing and delivering a cure for malaria in impoverished areas of the world. Other tech-gurus have also recently turned their eyes into using their abilities to fight a greater cause – delivering Internet connectivity to these remote and poverty-stricken regions. While Gates obviously believes that it is important to help these disconnected nations engage with the developed world, he told the Financial Times that he finds this priority to be, in fact, a “joke.”

“I certainly love the (information technology) thing,” said Gates, “but when we want to improve lives, you’ve got to deal with more basic things like child survival, child nutrition.” And of course, Gates indeed has a good point. Perhaps connecting the world through technology is important, but is it as important as ridding the world of malaria and other diseases? Should the talents of others be wasted on connectivity and not on health and wellness?

Mark Zuckerberg, founder of Facebook, is one of those who is looking to make the internet available to billions from all corners of the world. He believes that the next wave of connectivity will be driven by mobile broadband networks sending densely compressed data delivered by extremely efficient servers. Furthermore, Google’s Project Loon seeks to bring broadband to developing countries by floating transmitters on balloons.

Gates has not been shy about his disapproval for the priority being placed on such programs. Moreover, he continues to try to help the world in his own way, the way he believes to be truly important. Founded in 1997, The Bill and Melinda Gates Foundation works to alleviate extreme poverty and health crises in developing countries. It seems that Bill is indeed taking this goal to heart.