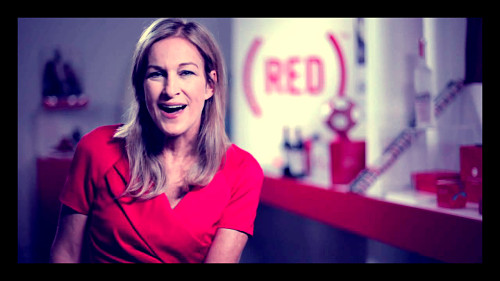 Deborah Dugan has not always involved in the fight against AIDS. Before becoming the Chief Executive Officer of (RED), an organization founded by Bono and Bobby Shriver that “engage[s] businesses and consumers to help fight AIDS in Africa,” Dugan was President of Disney Publishing Worldwide. Her tenure at Disney, during which she helped generate almost $2 billion in retail sales, prepared her to take charge of (RED), which has raised close to $210 million for AIDS programs.

Since joining (RED) in 2011, Dugan has secured partnerships with The Coca-Cola Company, SAP, and two Latin American mobile carriers – Claro and Telcel. She also helped (RED) attain more than 1 million followers on both Facebook and Twitter.

Though these achievements are impressive, Dugan brings more to the fight against AIDS than just her business savvy. The CEO also writes regular blogs for the Huffington Post, commenting on diverse issues relating to the AIDS crisis.

In an article entitled “Meaningful Change: An AIDS-free Generation by 2015,” Dugan remarks that we have reached a “turning point” in the fight against AIDS and that we will be able to end the transmission of HIV from mothers to children by the end of 2015.

Dugan’s optimism about the worldwide AIDS crisis pervades her articles. She portrays the issue of HIV/AIDS as an approachable problem that can be overcome with modern medicine and activism, stressing that we must expend a mere 40 cents per day in order to give someone with HIV the medicine he or she needs to stay alive.

While Dugan offers reassuring statistics and motivational stories in her commentaries, she stresses that mobilization of resources is the key to overcoming AIDS. By informing the public about the AIDS crisis and partnering with “iconic corporations,” Dugan believes that (RED) can successfully make AIDS a disease of the past.