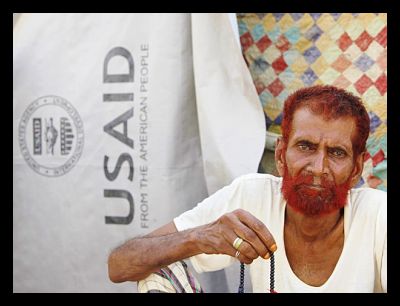 While some may make the argument that a plethora of domestic issues overshadow the need to invest in foreign aid and that foreign aid should be cut, the fact is aid is connected to US prosperity. Many who support foreign aid cuts, up to 48% of Americans, according to a February poll by the Pew Research Center, might not know that foreign aid only comprises less than 1% of the federal budget, and any cuts would make a very small impact on deficit reduction.

In fact, US investments in foreign aid have contributed to the development of some of our top trading partners such as South Korea, Taiwan, and Poland. By creating jobs and stable economies in developing countries, the US is working to create new markets for their products and services. Making long-term investments in these places results in plenty of economic and structural benefits for the U.S. as well as positive global impact against poverty and corruption.

For those worried if “aid is truly well spent” in places where political and military corruption are common, aid programs have ways to circumvent this and be sent directly to those in need. According to Clint Borgen, the founder of The Borgen Project, “In recent years, experts have developed numerous strategies for bypassing corruption and ensuring that the world’s most vulnerable people receive assistance. The United States even set up a funding program that requires countries to address corruption before they can receive assistance. This ensures that aid coming from the United States goes directly to the people.”

It has already been seen that small investments can give big returns in terms of future trading partners. These investments also help directly reduce global poverty and hunger. In this way, the growth that can occur from foreign aid given by developed to developing countries benefits not only the countries receiving the aid, but those giving aid as well.