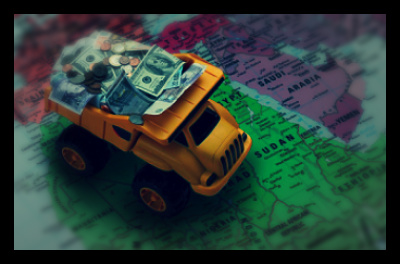 This new figure comes as seventeen countries increased their aid spending this past year, some with rather sizable increases. For instance, the UK finally hit the target of spending .7% of its Gross National Income (GNI) as its foreign aid by increasing its budget for foreign aid by 27.8%. Other countries with large increases include Japan (36.6%) and Iceland (27%).

The country with the largest increase in foreign aid over the past year was the United Arab Emirates, with a whopping 375.5% increase in its aid spending, although most of the aid was used to support Egypt. In 2013 the UAE spent a total of 1.25% of its GNI, the most out of the seventeen-country OECD group.

While 17 of the 28 countries in the Development Assistance Committee spent more money than last year on foreign aid, its eleven other members actually spent less on development aid. Countries such as France (-9.8%), Canada (-11.4%) and Portugal (-20.4%) all spent less on foreign aid in 2013 than in 2012.

The largest gross donors were the US with $31.5 billion, the UK, Germany, France and Japan. Countries that exceeded the .7% of GNI target set by the UN were Denmark, Luxembourg, Norway and Sweden, with the Netherlands falling short of the .7% mark for the first time in 40 years.

Despite this positive trend, the proportion of aid going to the poorest countries in Sub-Saharan Africa is falling. Bilateral aid to Sub-Saharan Africa decreased by 4% to $26.2 billion in 2013, and aid to the African continent decreased by 5.6% to $28.9 billion. Aid to developing countries grew from 1997 to 2010 and then declined in 2011 and 2012 when the financial crisis and economic austerity measures forced countries to cut budgets down.

It is anticipated that donors will begin to focus more of its aid spending on the economic development of middle-income countries such as Brazil, China, Chile, Mexico, India and Pakistan in the form of loans.