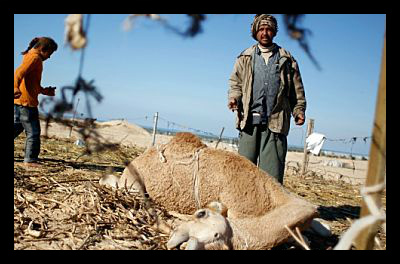 The World Food Program announced that over the next year, nearly a million people in the Gaza Strip will require food aid. The U.N. agency is requesting $95 million from donors to assist those in need.

Due to the projected increase in those who will need international aid, more countries will have to donate to effectively assist those who are food insecure.

According to the executive director of the agency, Ertharin Cousin, the rise in those who are hungry and requiring aid has risen 7 percent since last year and this has largely been exacerbated by Israel’s occupation of Palestine, the Palestinian Authority’s financial crisis and high unemployment rates.

The conflict has destabilized the entire region, and competing interests for resources from states and corporate interests have left those most vulnerable without basic security and trapped in poverty.

Another reason for the most recent increase in families needing aid was the recent closure by the Egyptian government of smuggling tunnels. The tunnels that ran under the border to impoverished Palestinian enclaves provided access to jobs and construction projects, including a clandestine route for militant groups and weapons trafficking.

Currently, about 813,000 Palestinian refugees are receiving food aid from the United Nations Relief and Works Agency (UNRWA). The organization expects a 10-20 percent rise in demand in 2014 as the conflict continues to destabilize the region, displaces more people, and keeps the cycle of poverty continuing.

Compounding the lack of food is unemployment. Maher al-Tabbaa’, an economist from the West Bank,  recently told Reuters he expected the coastal territory’s unemployment rate for 2013 to rise to nearly 38 percent.

With less job security comes more hungry families needing more aid from the global community. Without funding from donor countries the food crisis will only continue and will also serve to further the conflict and the ongoing violence that has already cost too much.