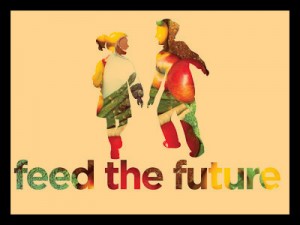 Earlier this week, Acting Special Representative for Global Food Security Jonathan Shrier along with the Assistant to the Administrator for the Bureau for Food Security and USAID representatives met with Guatemala’s Minister of Health to discuss possible plans for fighting child malnutrition in Guatemala.

The Guatemalan president has made it a national goal to decrease the country’s rate of child malnutrition by ten percent before 2015. Other organizations that are also working to address the issue are the 1,000 Days partnership, The World Bank, The World Food Program, and the Inter-American Development Bank. Guatemala’s government has set up a Zero hunger campaign through which they hope to fight malnutrition by not only increasing food production and food security but also providing access to foods with the necessary nutrients.

Guatemala suffers from the Western Hemisphere’s most frightening rate of child malnutrition. This is an especially serious problem for a country with a population as young as Guatemala’s, nearly 37% of Guatemalans today are 14 years old or younger. USAID is also working through their own Feed The Future project to help fight malnutrition in the Guatemalan highlands. Learn more about the Feed The Future program.