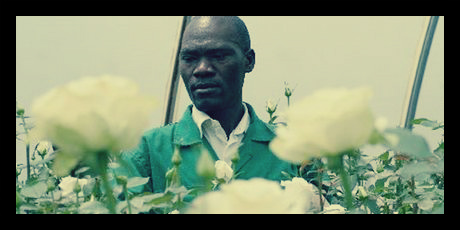 Red roses mean love and romance, yellow daisies and sunflowers symbolize friendship and joy; but how do all, if any of these, suggest that you’re helping fight poverty?

The story starts with Feed the Future, a U.S. government initiative to end global hunger and increase global food security. Feed the Future has partnered with Kenyan farmers to cultivate crops for sustenance, such as potatoes, as well as cash crops, such as “smallholder-grown cut flowers,” writes Ian Chesterman, Chief of Party for USAID-funded Kenya Horticulture Competitiveness Project.

Partnering with Kenyan flower farmers has lifted thousands of farmers into an economic situation that helps them produce crops that sustain both their wallets and their stomachs, meaning that thousands of families can afford previously unavailable medical care and that thousands of children can go to school, where they will learn skills to affect prospects for their futures and hopefully lift themselves safely out of poverty.

For about two years now, this USAID project has partnered with Wilmar Flowers Ltd., a private business that was looking to expand its ventures more thoroughly in Europe and worldwide, to hire thousands of more farmers for the project.

Wilmar has been able to “invest in collection centers, research and development trials of new flower varieties and new technologies such as shade nets, charcoal coolers, water harvesting dams and grading sheds,” expanding the company’s private business while simultaneously creating jobs in Kenya.

A long cry from Feed the Future’s initial investment in the partnership, Wilmar has taken over the project, meaning that USAID’s involvement has remained minimal at best while private industry manages itself.

Wilmar’s advancement might have never happened without the involvement of USAID, a foreign aid-giving entity of the United States Federal Government, once again demonstrating the value of the meager portion of the U.S. budget dedicated towards foreign assistance.