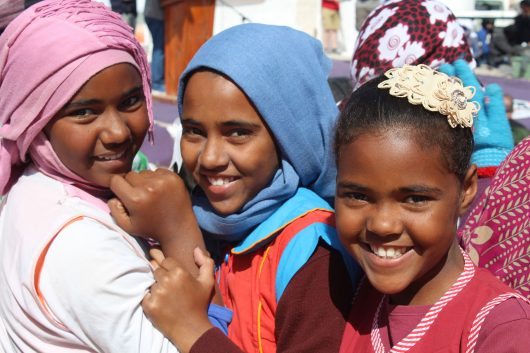 Facebook is advancing its mission to make the world more open and connected by focusing on development in Africa. Earlier this month, the social media juggernaut opened a new office in Johannesburg and announced that the number of African Facebook users has reached 170 million, marking an increase of 42 percent since 2015. Facebook spurs development in Africa primarily by exploring experimental technology and committing to its mission statement.

In an effort to reach the huge untapped market of hundreds of millions of other African citizens in less developed communities, Facebook has announced an infrastructural plan to install more than 450 miles of fiber optic cable in Uganda. The construction project could give an additional three million people across Africa access to the internet. To date, only 27.7 percent of the 1.2 billion people living in Africa have internet access.

“We are using everything available to us, including rolling out express wifi, building fiber and testing our Aquila project,” Facebook vice president of global marketing Carolyn Everson said.

The Aquila project, which uses technology to provide internet access to people via flying solar-powered planes that beam it down wirelessly, is one example of the multifaceted approach by which Facebook spurs development in Africa. They plan to employ satellite and grounded technologies to implement new wifi hotspots in Africa while remaining open to newer options not currently available, according to Everson.

Facebook is also tackling the problem of the high cost of data in Africa by working alongside international wireless carriers to reduce the price of data. The Emirates telecommunications group, known as Etisalat, Surf of Kenya and Coollink.ng of Nigeria are among the companies announced in the partnership.

“People are sensitive to data prices on the continent. Infrastructure is expensive and that is why we are looking for partners,” Everson added. “We are partnering with telecommunications infrastructure projects, and as a result, bring down the price of data.”

Facebook spurs development in Africa not just with ingenuity, but with perseverance. After Facebook CEO Mark Zuckerberg met with tech and government leaders in Africa in 2015, the company designed a project to expand in the region in 2016. Unfortunately, Facebook’s first foray into African development was abruptly halted due to physical damage caused by the failed launch of a SpaceX rocket.

After the setback of the explosion, Zuckerberg summed up his dedication to the company’s mission succinctly in a blog post: “We remain committed to our mission of connecting everyone.”