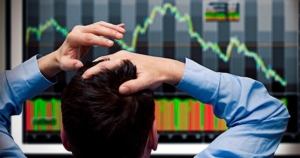 The European Union has been struggling to lift itself out of an eight-year economic crisis and the end of 2014 proved no different. After teetering back and forth for several months, EU stocks rose steadily for a period of four days last December, during which they reached their highest levels since November 2011.

Unfortunately, this short uptick failed to last and the Eurozone market slunk back on a downward trajectory.

However, despite the ongoing crisis, Germany shows its resilience to the debt crisis over and over again. Unemployment decreased and is at its all-time-lowest rate of 6.5 percent. “The labor market has developed in a positive direction, despite weak economic incentives,” said labor office President Frank-Jürgen Weise.

Germany’s situation is markedly better than Greece’s economy. Greece’s unemployment rate sits at just over 25 percent of the population. The International Monetary Fund implemented heavy austerity measures after a recent economic bailout, and Greece is expected to leave the euro behind sooner rather than later.

If a new government is elected and Greece decides to exit from the euro, the currency would be expected to take yet another hit. Currently, the economy in Greece is Europe’s most regulated due to the strict austerity measures implemented by the IMF and World Bank.

In Europe, the common market currency has fallen to its lowest value against the dollar since 2006. As a result, the overall unemployment rate in the EU settles at around 11.5 percent with youth unemployment at 23.7 percent.

With the economies in Europe beginning to stabilize, countries are more likely to leave the single currency and explore other alternatives. This could further destabilize the euro and throw the Eurozone into another crisis. Even so, Germany’s growth provides a glimmer of hope to Europe’s uncertain economic situation.

Controversial Leadership: China’s Role in Africa The Ruble in the Rubble
Scroll to top