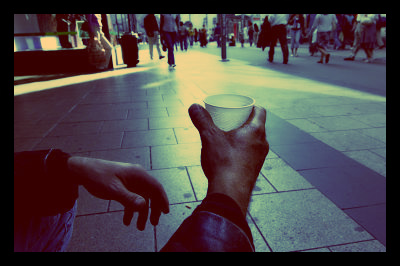 The financial crisis of 2007-2008 was one of the worst financial crises since The Great Depression of the 1930’s. It has had huge ramifications on every piece of the world’s economy and way of doing business. The bailout of Europe’s economy and banking system did its intended job and stabilized Europe’s markets. However, an Oxfam report put out in 2013 has laid out the far reaching implications of the severe cutbacks that saved Europe’s economy at risk of jeopardizing the livelihoods of  millions upon millions of European families.

The Oxfam report “A Cautionary Tale” lays out the troubling details of the austerity programs that have been rolled out across Europe in response to the financial crisis and how they are taking Europe two steps backward instead of ensuring the stability and security of both Europe’s economy and its citizens. Oxfam’s report states that by 2025 there will be upwards of 15 to 25 million additional Europeans threatened by the specter of poverty if the measures that are currently in place are not seriously examined by the governments of Europe.

The reports also note that the amount of public spending that was cut from 2010 to 2014 will greatly decrease the amount of public sector jobs across Europe; 40 percent of Ireland’s GDP, 20 percent in the Baltic States, 12 percent in Spain and 11.5 percent in the U.K.. The report cites that due to these public spending cuts, in the United Kingdom alone 1.1 million jobs will be cut between 2010 and 2018. The International Federation of Red Cross and Red Crescent Societies (IFRC) cites France as an example of the growing poverty crisis in Europe. According to the IFRC, an additional 350,000 people in France have fallen below the poverty line since 2009. In just under 4 years in France, that is almost 90,000 people.

The conundrum at play here is how does Europe go about ensuring that its economy continues to recover from the poverty crisis, while at the same time keeping poverty from consuming its citizens. The dangers of income inequality are also something that not only European nations but indeed all the nations of the world must work diligently to lessen, or otherwise risk another global financial collapse. Oxfam’s report lays out the detailed analyses of how this would occur. Increased income inequality in countries who are still recovering from the global financial crisis and long term periods of income inequality in countries lead to the sort of  high rate high risk borrowing done by those who are more than likely not going to be able to pay these loan back to the banks. These sorts of inappropriate financial transactions greatly contributed to the financial crises that occurred in 2007 and 2008.

Governments will always cut costs in some fashion; it has come to be part of the current political climate. It is easy to slash spending for programs that are not perceived as essential for the immediate running of national affairs. However if Europe’s leaders do not monitor the situation, they could potentially set Europe’s recovery back by almost a decade according to Oxfam’s findings. Real wages in the United Kingdom and Portugal have dropped to 3.2 percent, which have set the value of wages in the United Kingdom to 2003 prices.

The leaders of the world’s nations that were hardest hit by the financial crisis have done a remarkable job in swooping in and preventing the total collapse of many of the world leading national economies. However if the current cost cutting measures that are in place which are supposed to be helping to push countries in the right direction are not seriously examined and examined soon, Europe faces serious implications for the future.

The Brand Idea GFIA 2014: Innovations in Agriculture
Scroll to top