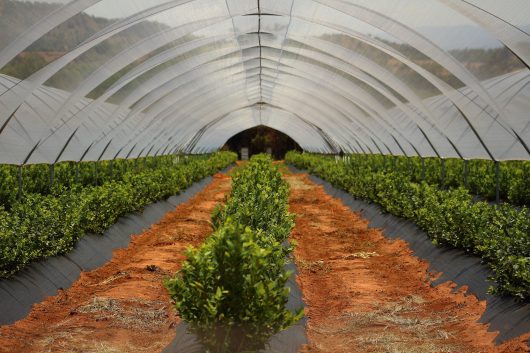 If there is enough food to feed the entire world, why don’t we use it to end world hunger? Many believe the answer to ending world hunger is producing more food, but this misconception derives from the belief that there is a global “food shortage” that results in 12 percent of the global population — more than 800 million people — suffering from malnutrition.

The truth is that there is too much food in too little places; impoverished communities on a local, national and global level simply do not have the access to a consistent food supply. Consider this: a third of food produced in the world is either lost or wasted, and this number equates to more than 1.3 billion tons of food each year. To put this in perspective, food waste in the United States and Europe alone could feed the entire world three times over.

In recent years, initiatives have been made to harness the power of conservation to end world hunger and have led to an increase in governmental participation. For example, just last year France unanimously passed legislation that requires supermarkets to donate unsold food of good quality to charity. Following France’s lead, Italy passed similar legislation, and the United Kingdom, Finland, Canada and Chile are also considering implementing such a policy.

To encourage businesses to participate in this growing movement, the Rescuing Leftover Cuisine (RLC) has worked with American businesses to achieve “zero hunger.” Founded by Robert Lee, the organization has worked to transport food quickly and efficiently by lowering transportation costs though a strong and active volunteer base.

Since 2015, RLC has grown rapidly and works with large chains like Starbucks and Panera as well as local restaurants. Lee’s model, though quite simple, combines youth activism, increased technology and willingness from businesses to participate in his efforts.

Though Lee’s campaign is in only eleven cities in the U.S., his model can be used as example to end world hunger. Lee believes this and has said, “We’re eliminating hunger community by community,” he says. “Wherever there’s food waste, I want people to know there’s an alternative to throwing it out.”

Eliminating food waste is the start of eliminating world hunger. National campaigns like those in France and Italy as well as local efforts like the RLC are making significant impacts in increasing access to food. Similar approaches like the creation of sustainable food systems that lower agricultural and manufacturable food wastes are also part of the effort. On a more individual level, raising awareness on the issue can help families be more conscious of how much food they’re wasting each day.

The combination of effective legislation, grassroots campaigns and scientific research are proving effective. Still, there are questions regarding the efficacy of this solution on a global scale. In short, how has decreased food waste helped resolve hunger in developing nations where 98% of undernourished people live?

Food waste is a global problem, and the United Nations estimates that around 40 percent of food produced is wasted in developing countries. The problem of food wastage can be attributed to a lack of advanced technology that lead to extreme losses of water and energy every year. To end world hunger, small farmers from poor countries must be supplied with adequate technology, and this empowerment can significantly increase crop yields.

Thankfully, efforts are already being made to accomplish just that. In India, for example, the Promethean Power Systems uses solar power during production to decrease energy waste. In Uganda, biogas is being used as a cooling system, and initiatives from the United States and other industrialized nations are already being implemented in developing countries. The CoolBot, for instance, has transformed post-harvest care, and unified efforts across the world are bringing technology where it is needed the most — thus making a huge difference.

The effort to reduce food waste has been promising, and world hunger has sharply declined in the past decade as a result. This has inspired efforts to not only lower world hunger, but to also eliminate the issue completely. By eliminating food waste, zero hunger is achievable.