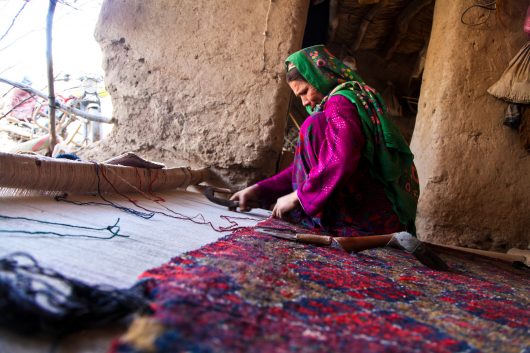 Featured at this year’s Global Entrepreneur Summit were two OPIC partners, QuantumID, known for IT and air cargo, and Root Capital, known for agriculture. Although immensely different organizations, Pryor stated that both represent the requisites for diversity in free enterprise resolutions — “not just technology but also some much older industries, like agriculture.” According to OPIC, QuantumID in 2010 secured a $3 million loan from the institution that helped them pioneer cloud-based cargo management and tracking technology in India and the Philippines. This technology that so many emerging economies lack has helped lower the cost of shipping cargo, allowing material to be moved more effortlessly and safely.

Milind Tavshikar, developed SmartKargo, a cloud-based radio identification (RFID) technology that scans cargo using a handheld device before it is loaded on aircraft.

Root Capital, based in Massachusetts, is a nonprofit social investment fund that lends capital in Latin America and Africa to small-scale farmers and other rural businesses that need assistance in achieving sustainable economic development. OPIC reports that as of 2014, Root Capital has lent out more than $600 million from the organization to almost one million rural farmers, many of whom are women. Root Capital firmly believes that women have a vital role in food production across the globe, but are restricted in their access to the necessary resources that enable effectual farm operation. The organization believes in helping raise women’s economic position in their societies.

According to the London School of Business & Finance, investment remains optimistic in emerging market startups, and many continue to thrive in an often harsh environment where access to funds can be limited. There are, however, many businesses that have grown and continue to flourish, creating new innovations, job opportunities and better living standards for individuals worldwide. Such entrepreneurship in emerging markets is countless changing lives for the better.

WHO Targets Efforts to Reduce Neonatal DeathsEducation in Italy: A Progressive Step Forward
Scroll to top