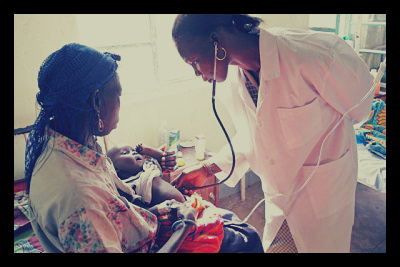 According to this year’s “Poor People’s Energy Outlook,” published by the NGO Practical Action, more than 1 billion people have been left with inadequate medical care because of energy poverty. The report cites such circumstances as emergency surgeries performed in the dark, lack of proper sterilization of supplies, and health centers being unable to store temperature-regulated vaccines.

The report states that over half of all health centers throughout India have no access to electricity – these centers are responsible for the health care of over 580 million people. The situation is similar throughout sub-Saharan Africa, where nearly 255 million people are serviced by healthcare facilities that lack power.

The report also highlights that even if health facilities do have access to electricity, it can be unreliable and frequently cause blackouts. In Kenya, only 25% of facilities have consistent energy services, making it extremely difficult for staff to aid patients at night, and putting emergency patients and mothers giving birth and their babies at risk. The Kenyan centers experience blackouts on an average of 6 times per month. “It can also lead to wasted vaccines, blood and medicines that require constant storage temperatures,” the report says.

Although the Sustainable Energy for All initiative (SE4All), sponsored by the UN, has pushed energy access for all people by 2030, the report warns that health and education should be the top priority, not simply energy development and efficiency. The report states that the program has put too much emphasis on energy “mostly on domestic use and access for enterprise,” ignoring the critical needs of huge numbers of medical facilities and clinics.

The report also addresses the need for consistent energy access in schools, and asserts that over 291 million children throughout developing countries attend schools with no access to electricity.

The report suggests that attaining numbers on poor people’s access to energy will be much more efficient than examining solely large-scale energy development, and has proposed a new system for doing so with World Bank and UN cooperation.

Doctors Without Borders and Measles in the Democratic Republic of CongoKenyan Elections Delayed, Recount Requested
Scroll to top