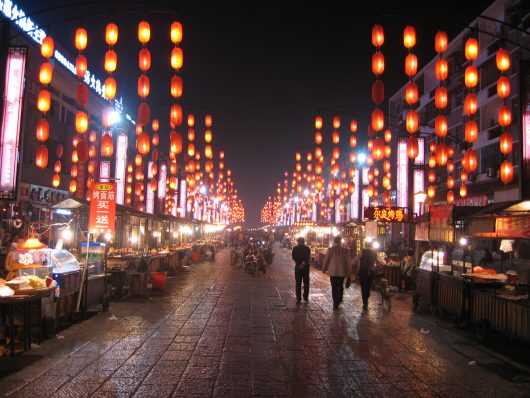 China has announced it will work on moving 12 million people out of poverty by developing the country’s tourism industry. On May 19, Chinese Premier Li Keqiang stated that over the next five years, China will make a great attempt towards ending poverty through tourism development. The Premier made this announcement at the inaugural World Conference on Tourism Development in Beijing.

While China is best known for its rich urban cities, many rural areas are still steeped in poverty. According to the International Fund for Agricultural Development, approximately 40 percent of China’s poor live in rural areas. China hopes to boost tourism to rural areas so that more money flows through these regions.

By developing their tourism industry, China will also be able to increase the number of jobs available to individuals. According to Xinhua, tourism makes up only 4.9 percent of China’s gross domestic product, yet directly employs 28 million people.

In 2013, the BBC discussed the way in which tourism development is directly linked to poverty alleviation. The article quoted the acting Chief Executive of the Travel Foundation U.K. as saying, “Tourism has been described as the world’s largest transfer of resources from rich to poor.”

However, the Foundation also asserted that it was difficult for these resources to stay within poor areas. While China’s rural and natural areas may attract foreigners, it is crucial that the Chinese government reinvests tourism profits back into these communities.

This strategy of poverty alleviation through tourism is not new: The United Nations’ World Tourism Organization Network created an initiative in 2002 called Sustainable Tourism – Eliminating Poverty that aims to support developing countries, improve and grow their tourism industry and bring communities out of poverty.

China’s five-year plan for ending poverty through tourism development comes after the United Nations’ announcement in December that 2017 would be the International Year of Sustainable Tourism for Development. According to the United Nations’ World Tourism Organization, in terms of international arrivals, China was already the third most visited country in the world in 2015, a mark they hope only to build on in the future.