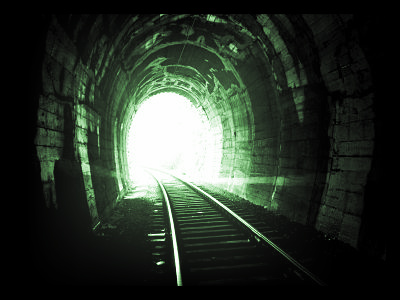 At the annual European Union’s Development Day in Brussels, some of the world’s brightest scientists, aid workers, and politicians convened in a discussion forum to address the Millennium Development Goals (MDGs), which had been initially set nearly 14 years ago. The event brought out a showing of nearly 5,000 people across 80 active organizations and groups, whose main objective was to review the status of the MDGs. These goals included reducing the number of people living in poverty by 50%, providing adequate primary school education for every boy and girl, reducing the child death rate for those less than five years old by two-thirds, and to halve the number of people without access to clean drinking water.

When these goals were originally created in September 2000, no one could have fathomed the very real possibility of substantially increasing living standards for those most vulnerable and aiming to extinguish poverty by 2015. “For the first time ever, we have what it takes to eliminate poverty in our lifetimes, and to ensure sustainable prosperity within the boundaries of what our planet can provide,” said EU Commission President Jose Manuel Barroso. Already, the number of people who live on less than one euro a day has been cut in half when taking an average global reading.

Though there are many positive signs at reaching these set MDGs, there is still much that can be improved upon when analyzing global humanitarian efforts as a whole. Currently, only a select number of countries have set aside the official target of donating 0.7% of gross domestic products (GDP) towards development aid, a fact that hinders the probability reaching such goals. “We have to admit that our progress report on achieving the MDGs is uneven. Much more needs to be done to close the gap between the haves and the have-nots to reduce and eradicate inequity, inequality, and exclusion in our world,” says Jamaican Prime Minister Portia Simpson-Miller.

Working towards these goals over the last 13 years has proven to be difficult, but according to officials speaking at EU’s Development Day, planned completion of these goals remains two years ahead of schedule. In providing access to cleaner drinking water, 6 million people now have access to clean water sources. The majority of children in schools have also increased, though it is still estimated roughly 60 million children will go through their lives without proper education.

While the fight against poverty is long and arduous, leaders around the world have faith that coming together as a world will solve many of these issues, “We negotiated not as North-South, East-West, poor or rich, but as members of one humanity, with a common destiny,” said Liberian President Ellen Johnson Sirleaf. With roughly one-seventh of the world’s population, 900 million people, still suffering from hunger, there is still a long way to go before reaching the 2015 goal at eradicating global poverty. But now, more than ever, are sure signs that these goals are building towards something incredibly important and inevitable – ending poverty.