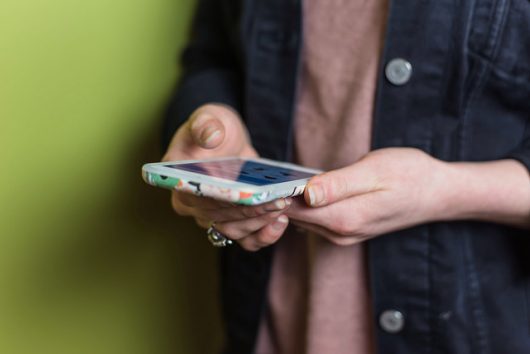 Slavery is not a widely accepted or legal practice nowadays, but it is far from extinct. In 2016, there were an estimated 40.3 million people trapped in modern slavery. This slavery can take the form of forced labor, domestic slavery and sexual exploitation among others with many of these slaves being young children. Although, sexual slavery is often what many people think of when they first hear the term “modern slavery,” nearly 25 million people have been exploited as slaves for forced labor.

This is an epidemic that can seem quite daunting at times but has gained more recognition in recent years. Now, nonprofits, businesses and governments around the world are working to end modern slavery. One nonprofit in particular has used technology to their advantage and, on July 30, launched an anti-slavery application for smartphones in The United Kingdom in the hopes of ending modern slavery.

In 2016, The U.K. nonprofit, Unseen, started a nationwide Modern Slavery Helpline that individuals could call to report incidents that looked like slavery. This hotline saw a large increase in usage at the beginning of 2018 with an 80 percent increase in reports. In order to make reporting easier and raise awareness for this problem, Unseen developed a new smartphone app.

The app has easy-to-read guides on identifying the signs of modern slavery and is an easier version of their confidential hotline. It features graphics showing what slavery can look like in different contexts, such as in manufacturing, construction, agriculture or domestic work. The guides are even detailed enough to show users different physical signs or movements that may indicate slavery.

The nonprofit recognized that traffickers and pimps are using technology and all the resources available to them to recruit, exploit and control their slaves. In order to fight traffickers and slavery, this organization created its own app to be innovative in its solutions to fighting this problem, believing it is an important step in ending modern slavery.

As of right now, arrests solely based on the hotline have been low, but different agencies in The U.K. are embracing the app and will hopefully begin to rely on it more. Currently, the app is only available in The U.K., but slavery is a widespread problem that has a deep tie to global poverty.

The Tie Between Poverty and Slavery

There are many factors contributing to modern slavery, but one of the most prominent is poverty. The International Labour Organization (ILO) argues that poverty and income shocks are key to understanding forced labor and slavery.

The ILO articulates that people living in poverty are more likely to borrow money, which can make them vulnerable to exploitation.  When a family experiences extreme poverty they are more likely to rely on a third party for emergency funds. Oftentimes, due to a lack of financial resources, this dependence ends up being on a recruiter or trafficker and leads to manipulation, slavery and exploitation. Slavery traps its victims in a tragic cycle where they end up impoverished with little escape.

Other factors that The ILO highlights are education and illiteracy, which are often more common in impoverished societies. Often people who are less educated end up working in manual labor where forced labor and slavery is more common. It is also more challenging for these people to gain an understanding of their rights and protections against slavery or how to exercise these rights to defend themselves.

Although there is much progress to be made in ending modern slavery, innovative nonprofits like Unseen are creatively helping solve this problem and will hopefully inspire others to do the same. Being able to safely report incidents of slavery is the first step to ending this horrible exploitation.