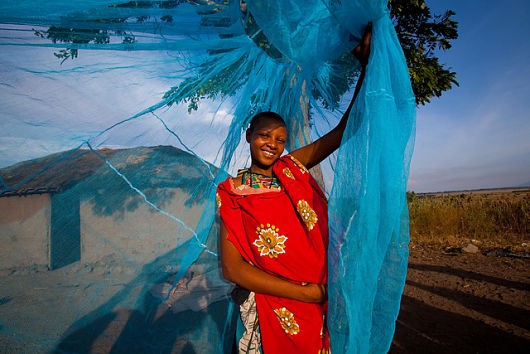 Currently, about 250 million people suffer from malaria around the world, with 90 percent of malaria cases occurring in Africa. In addition, every 60 seconds, a child in Africa passes away from malaria.

Linda Penalozo is the regional manager for an organization called End Malaria Now, a non-profit organization that is dedicated to the fight against malaria in Africa.

After reaching out to her, Linda Penalozo was gracious enough to answer some questions and provide information about the organization and the exciting new bed net project they are working on.

Where is your organization currently giving aid to?
In February, we will distribute 10,000 bed nets to heavily affected areas in Kenya.

The bed nets are effective in preventing the spread of these diseases by killing the Aedes-Egypti mosquito with the insecticide that covers them.

Currently, the organization is partnered with the Division of Malaria Control, Kenyan Sanitation and Medical Services, PSI-Kenya and Sierra Leone Ministry of Health and Sanitation. By working with these organizations, End Malaria Now has brought the fight against malaria to Sub-Saharan Africa.

What piece of advice would you give to prospective volunteers for End Malaria Now?
I would advise them to devote their time to helping others while they can. Our organization is fighting a great cause and their involvement would facilitate the process of eradicating this deadly disease. Our current and former volunteers gain the value of what their humanitarian efforts can do for those in immediate need.