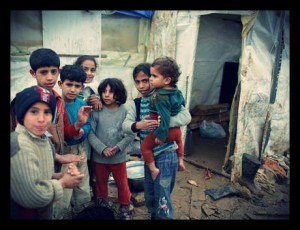 In a recent UN donor conference for Syria, a 1.5 billion dollar donation was pledged to help provide humanitarian aid for Syria, of which two-thirds came from the non-western world powers. Last year, contributions coming from Brazil, Russia, India, China and the Middle Eastern Gulf countries only made up about 5% of all contributions to Syria. This marks a shift from the historically Western-dominated world of humanitarian aid as non-western world powers begin to make more of an impact.

Contributions from non-western countries have more often than not come from less traditional avenues of humanitarian aid that are not transparent and hard to track. These channels allow these countries total control of their contribution and all credit for their actions. The recent development in donations from non-western countries has resulted in tension between the emerging powers and the West in terms of who will ultimately get credit and gain influence for these donations. However, if this recent trend leads to a proper dialogue that reevaluates some of the current flaws in humanitarian aid, it may be a boon for all parties involved.

The Western states and emerging powers both have valid reasons for being wary of the others’ operations. The West believes that their established humanitarian system has worked well to help people around the world and that other countries should funnel their money through them, lest the funds get lost or misused due to inexperience. On the other hand, the emerging powers do not want to give their funds to Western humanitarian agencies that they have no control over and that do not completely reflect their own interests.

The recent donor conference to provide humanitarian aid for Syria is a step in the right direction for all parties involved. This is not only because of the important support it provides for Syrian refugees in the short term, but also because it brings many countries which often oppose each other into a dialogue to support a common cause.

The Western countries have a system of humanitarian aid that needs to make itself more inclusive toward the emerging world powers as well as restructure some of the ways that it uses its funds. Non-Western countries would benefit from joining a system that is more structured and includes themselves in the group of already established powers. Despite the fact that the donor conference in Syria is a positive action for both sides, the most important factor is not to lose sight of those in need of humanitarian aid due to political issues.