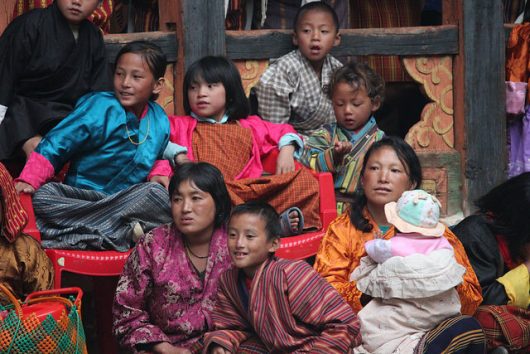 Measles is a highly contagious viral infection that spreads through air and direct contact. It is characterized by symptoms lasting from four to seven days, including a red rash, fever, cough, conjunctivitis and white spots inside the mouth.

Despite being a vaccine-preventable disease, measles continues to be the leading cause of deaths among young children worldwide. Since 15 percent of vaccinated children do not develop immunity from the first dose, one of the main reasons behind the high death rates associated with the disease is incomplete vaccination doses received by children.

The WHO collaborated with the ministries of health of low-income countries, U.N. agencies and local NGOs to stop the occurrence of measles outbreaks and unite multidisciplinary efforts to eliminate measles at a global scale. For instance, Bhutan and Maldives launched their Expanded Immunization Programs during the late 1970s, and have since exerted tremendous attempts to increase immunization services to the population.

Last year, the WHO confirmed the elimination of measles in Bhutan and Maldives, an achievement that labeled the two countries as the first two nations in the WHO South-East Asia Region capable of interrupting the endemic measles virus transmission ahead of the 2020 regional target.

WHO Praises the Successful Elimination of Measles in Bhutan & Maldives

Poonam Khetrapal Singh, the Regional Director of WHO South-East Asia, acknowledged the dedication and hard work of these two developing nations by describing it as a “momentous public health achievement.” She stated that the elimination of measles in Bhutan and Maldives should provide hope and guidance for other low-income countries suffering from high mortality and morbidity rates caused by the infection.

Additionally, Singh praised both countries for the establishment of strong surveillance systems in collaboration with laboratories in order to conduct detailed case investigations and tracking for every identified measles case.

Effective Actions Toward the Elimination of Measles in Bhutan and Maldives

The Ministry of Health in Bhutan accredits this noteworthy achievement to the various initiatives implemented to get rid of the disease. One of the essential strategies that has contributed to the elimination of the disease in both countries was the introduction of childhood immunization plans and the Measles Immunization Coverage in 1985.

The ministry’s health secretary, Ugen Dophu, announced that Bhutan was able to immunize 98 percent of children, a high rate that exceeds the WHO’s childhood immunization recommendation of at least 80 percent. He also highlighted the important role played by parents in the process of eliminating measles in Bhutan and Maldives — parental cooperation and understanding led to the attainment of higher immunization rates among children.

Future Plans to Sustain the Fight Against Measles

The health ministry has designed various plans and strategies to prevent future measles outbreaks and ensure the sustainability of efforts toward the elimination of measles in Bhutan and Maldives.

Dr. Dophu asserted that the health ministry will also collaborate intensively with the WHO to carry out a mass measles immunization campaign, This effort should increase accessibility and affordability of the vaccine among children and adults up to 40 years of age.

Moreover, new health screening systems will be installed at each of the country’s entry points to urge people to complete the screening procedures, and subsequently, protect the public health at large.