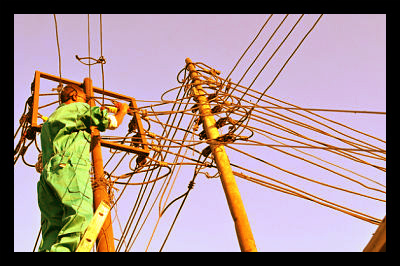 The importance of electrifying Africa cannot be stressed enough. First, it is important to note the gap between the rich and poor. People in Africa and other poor parts of the world live on less than a dollar a day. While there are many solutions to poverty, including education, infrastructure improvement, and better healthcare, the root enhancement that will help make all these solutions easier to carry out is introducing electricity to Africa.

Electrifying Africa will have the obvious positive impacts: buildings with working utilities will make sanitation easier to achieve, and hospitals that desperately need power to run and save lives will be greatly benefitted. Running buildings with electricity will also result in better conditions for schools, encouraging education. The installation and working of electricity will also create jobs for many, stimulating the economy, and bringing many families out of poverty.

Raising Africa out of poverty comes with worldwide benefits. There is the great act of giving equal conditions to the populations of the world. As Michael Elliot says in an article for The Africa Report, “It is a global injustice to witness seven out of ten Africans lacking basic access to electricity.”

Additionally, stimulating Africa’s economy will in turn stimulate the world’s economy. For Africa’s already growing economy, access to electricity and energy sources are an added bonus, and are sure to boost the economy even more.

An even better solution to electrifying Africa would be using solar power. In Peru, a nation committed to erasing the inequality gap between its rich and poor, a program has been announced to bring solar power to its many poor residents. This has already happened successfully in Bangladesh.

After 1.5 million solar devices have been installed, 15 million people now have power. Such a project seems expensive, and can be, but it is important to remember that the project’s benefits would aid poverty, and also provide immeasurable benefits in helping the environment. Eliminating global poverty, while also consciously fighting global warming, would not only make this world a better place to live in, it would show the world that such seemingly insurmountable problems can be overcome if we all work together.

The Electrify Africa Act of 2013, currently in Congress now, is an attempt by four Congress members who feel that everyone can benefit from aiding Africa. They feel it is the responsibility of bigger nations to help fight poverty and bring equality to the world.