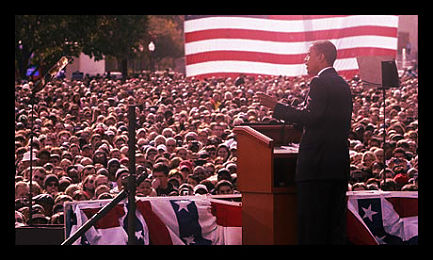 Election campaigns are big business in the U.S. With all the recent attention given to the amount of money being spent on them, it is interesting to look at how the cost of election campaign financing over the last presidential race measures up to current spending on development projects.

The first presidential race since the Supreme Court’s Citizens United v. FEC ruling conferred corporations with freedom of speech rights, the 2012 race saw $1.07 billion raised for Barack Obama and $992.5 million for Mitt Romney through their parties and affiliated Super PACs (highly specialized political committees which make no direct contributions to candidates but undertake independent expenditures towards the election campaign).

In comparison, the President’s new Power Africa initiative, which will help fund building electrical infrastructure for Africa is slated to cost the same $7 billion over the next five years. By contrast, however, powering Africa would bring basic access to electricity to the 90 million children who go to primary schools without it; or to the 255 million African patients who are served in health facilities (hospitals, clinics, etc.) in the dark.

It is argued that access to electricity has the greatest positive impact of basic infrastructural development projects. Given that some estimates indicate that for every $1 spent on modernized grids, between $2.80 and $6 is returned to the broader economy, it is no wonder that there is such a large movement seeking to electrify Africa.

This is exactly what the Electrify Africa Act, which is currently working its way through Congress, is meant to ensure. The bill seeks to address some of the shortcomings of the Power Africa initiative. While the President’s initiative is an important start, it represents 5% of the necessary $300 billion needed by 2030 to give electrical access to the 110 million African households currently off the grid.

In Sudan, students were able to improve their pass rate from 57% to 97% in one year with electric lighting. It doesn’t take much to help ensure that cases like these continue to spread across Africa as it is empowered with basic electrical access for all – but it does come at a cost.

The next time you see an election advertisement or hear about the cost of campaign finance on the news, pick up the phone and let your congressmen and women know that you support increased funding for the Power Africa initiative and that you would like to see more support for the Electrify Africa Act. It takes 30 seconds to help improve the lives of millions of Africans.