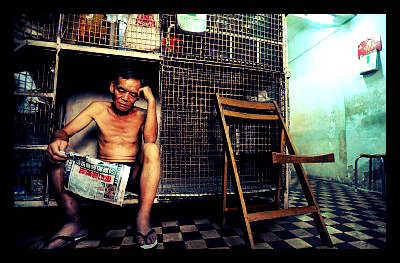 Hong Kong is a city of contrasts. A massive financial center on a small island with a mountainous terrain, it is the home of some of the world’s poorest and richest people.

Hong Kong simultaneously has the world’s ninth largest trading economy, with a GDP of US $261 billion, and the highest income gap between the rich and poor of any developed country.

In 2013, Hong Kong set its first official poverty line, but since then few measures have been enacted to combat the problem.  In 2011, Hong Kong implemented a minimum wage of HK $28 an hour (about US $4) that has recently increased to HK $30 an hour.

At this point other proposals have not been implemented. However, some scholars and organizations hope that the government will introduce programs, such as an income-supplement for Hong Kong’s working poor that will not face much political opposition.

Additionally, Oxfam Hong Kong has recommended additional subsidies for families in poverty with at least one full time member and at least one non-working dependent child. Neither proposal has been officially supported.

The Commission on Poverty is taking a key step to raise awareness. It has funded a HK$5 million campaign, called Bless Hong Kong to tackle poverty through community activities to promote social mobility.

Organizations like these show a strong desire from the people of Hong Kong to tackle poverty and opportunity inequality for their most vulnerable but the government still lags behind. A continued insistance on the part of its people and organizations such as Oxfam and Bless Hong Kong will hopefully shift the tide and help eradicate poverty in this great city.

Poverty in KyrgyzstanHunger in Chad
Scroll to top